So over lunch yesterday it dawned on me that I didn't know who wrote "Their Hearts Were Full of Spring" -- the gorgeous song from The Beach Boys' clip I posted Tuesday.

And when I looked it up -- in the immortal words of Cristina Applegate on Married With Children -- you could have knocked me over with the weather to learn it was none other than...Bobby Troup.

Whose other credits include having been married to Julie London, AKA the hottest woman of the 20th Century (he co-starred with her on the 70s TV show Emergency). 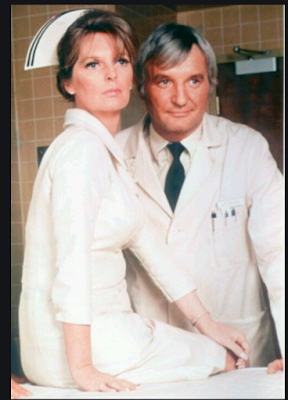 And who was responsible for London's stunning hit recording of "Cry Me a River."

...and finally, and most importantly, wrote the song that The Rolling Stones turned into the greatest live performance in the history of both rock AND roll.

Jeebus H. Christ on a piece of burnt challah toast -- what a freaking resume.

Clearly, this guy would be a fruitful subject for future research.

My parents had the "Julie is her name" lp, the cover of which was an important part of my formative years.