The One That Got Away

This photo popped up on my Facebook Memories thingie this morning. 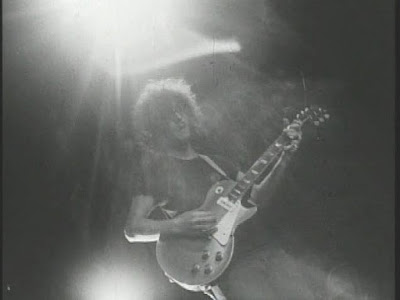 For the record, that's me and my 1959 Les Paul goldtop rocking out live for a performance by a band called God (hey, we were young) being shot for a student film at CW Post in 1969.

I bought the guitar for 125 bucks two years earlier -- if I were to think how much it would fetch today, I would have a stroke and die.

Oh, and you can see the film -- which is pretty good, and a great time capsule of what it felt like to be a 20-something at a liberal arts college just prior to Woodstock -- over here.

I knew she'd come back in the end. I just don't know why she left in the first place.

The psych music in the film triggered in me the "I think that maybe I'm dreaming" refrain in The Byrds' Renaissance Fair.

Our goal was always to be a cross between the original Byrds, the Stones, and Jefferson Airplane. With what success I will leave to others to determine. We had a lot of fun, though.

Do you still have that guitar?

Alas no. I have a very nice Korean made knock-off of it, however.