Holy crap -- I got a liner notes gig! 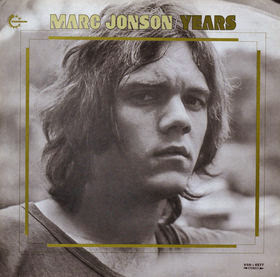 The short back story: The good folks at Light in the Attic Records -- the indie label that, among other splendid services to music, reissued the Rodriguez albums -- has just acquired the entire Vanguard Records catalog. Vanguard, of course, was a major player in the 60s and early 70s, both in folk and rock (their artists included Joan Baez and Country Joe and the Fish) and classical. My chum Pat Thomas, who is doing the research into the Vanguard tape archives, chanced across the album above and flipped over it; when I told him that I knew Mark very well from a later stage in his career, he volunteered me to do the annotation, and I cheerfully accepted.

It's a how you say really unique album -- in a folk-psych style quite different from the power pop and jangly folk-rock genres Mark was working in back in the early 80s, which was when I hung around with him -- but it definitely deserved a reissue (from the original master tapes, unlike an earlier semi-legal CD version). I don't know if I rate it as highly as THIS GUY, but you should definitely check it out; it should be available by the end of the year.

In the meantime, here are two live versions of songs Mark wrote in those aforementioned later styles, performed -- live on the radio on WDST in Woodstock -- in 1995 by Gerry Devine and the Hi-Beams, a snappy teen combo featuring a bass player whose name rhymes with Sleeve Nimels.

The first one is called "Getting Back Into My Life," and Mark insists he wrote it for us...

...and the second is called "That's What I Want," and everybody who played music in Greenwich Village between 1979 and 1982 was legally required to cover it during club performances.

Interesting historical note: Mark's Vanguard LP was actually released in a quadraphonic version, it being 1972 and all. I really should find out if Light in the Attic is going to make the CD reissue available in surround sound.
Posted by steve simels at 9:43 AM

If Light In The Attic (home to the first few Black Angels releases) picks up the Vanguard library for re-releases, it'll be interesting to see which Vanguard albums are thought to have historical or merchandising value. Yes, there's Country Joe and Joan Baez and The Dillards and Larry Coryell and Dave Van Ronk, among many others, but there are also lesser names, and ones that were less commercially successful in their own time, but notable nevertheless. For example, I've used Serpent Power and Grinder's Switch, for example, as personal Mendoza Lines of rock memory: my guess is that the lights have already gone out on more than half the fans of these two bands, even though the key figures of the bands, David Meltzer and Garland Jeffreys, are still going strong.

Cool with a capital "C".

My ex [the drug dealer] would love to track down a copy, if one exists. He's an avid quad collector and even has a special room at one of his homes dedicated entirely to that short-lived format and the various systems needed to play the records.

Congrats on the annotation job. I know you'll do the project justice.

Vickie--I'll try to find out.

I ran into Mark Johnson at a park in Boca Raton playing "Love Radiates Around" acoustic with a fiddle player. I didn't realize who he was until right after he left. I went to find him but he was gone and I never ran into him again. It was the best version of that song I ever heard (much better than the album version). There's a similar stripped down version of Mark playing it on an album called "Greenwich Village Folk Festival 1989-1990" that I can't find anywhere.
Steve: If you have a copy, could you post the song?
Thanks.