Another Opening, Another Show!

So you've heard of Live at Daryl's House, right? 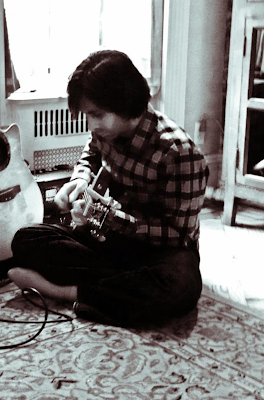 ...has a fabulous new album -- What Kind of World -- that's dropping (as today's kids say) this Friday.

Here's a video teaser to give you an idea.

And to get the album out to the world in the style it deserves, Joe's doing a live performance from his living room starting at 8pm EST this evening. You can watch it at the link HERE, which will go active just before the show starts.

I've written about Joe in these pages on a number of occasions, like THIS ONE, (where we can be glimpsed in happier pre-pandemic days at our shared neighborhood watering hole) but as I said, he's just insanely talented, and the new album -- which can be ordered starting Friday over at Joe's one-stop music site over HERE -- is just great.

I am on record as saying that "The Longest Weekend," the first track from it, released earlier in the year...

...will someday be reckoned as the most important work of art to have emerged from the trying times we all shared in 2020. But the entirety of the new album is so strong I frankly hate its auteur on a deeply personal level.

In any event, listen to the live show tonight -- I know I will -- and buy the goddamn music already.

Talk to you guys after the show, I hope.