A Time for Peace I Swear It's Not Too Late

The Fifth Symphony of Ralph Vaughan Williams -- and, specifically, the recording of it linked to below -- 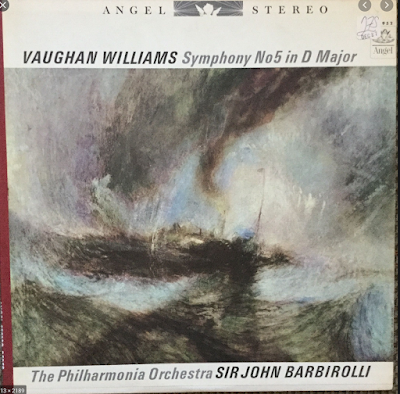 -- got the teenaged me through the week of the assassination of JFK in 1963.

I am not kidding about this -- I wouldn't have survived without that music.

I should add that, in retrospect, I found that fact even more moving when I later learned that the premiere performance of the symphony in 1943-- which was broadcast across the British Isles by the BBC while the bombs were falling on London during the Blitz -- is widely celebrated as a transformative generational experience by the Brits of that day.

Okay, I needn't draw any more facile parallels, but I think you know what I mean.

I should also add, and I am embarassed that I am still capable of snark after the tragic and infuriating fascist events of yesterday, but one of the things that most disgusts me about President Mediocre Columbo Villain is that he wouldn't know the difference between Ralph Vaughan Willians and Ralph Kramden.

nor would he understand that anyone could take comfort from music