Tales From RCA's Studio B in Manhattan (An Occasional Feature ): Part I -- I Think We All Know the Feeling

From 1967 (but actually recorded in late 1966) please enjoy the original iteration of The Youngbloods and their utterly exquisite folk/rock/Brill Building confection "All Over the World (La-La)".

A little bit of history here:

In the mid 1950's, RCA Victor had two studios in New York City for recording music -- studio A and B (sometimes also referred to as Studios 1 and 2). The studios were located on the ground floor of the building at 155 E. 24th Street, on the block between 3rd and Lexington Avenue; A, which was the bigger of the two rooms, was mostly used for orchestral recording (classical stuff, film scores and the like). 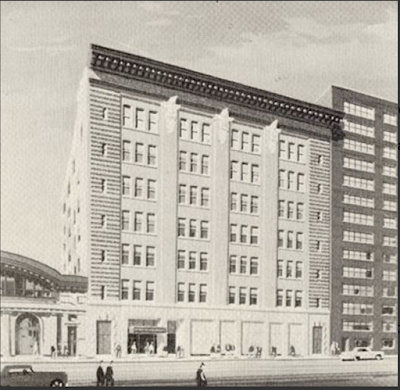 By the mid-60s, Studio B had become the first 8-track recording facility in town (CBS Los Angeles had one slightly earlier) which made it a mecca for rock bands, which is why the Youngloods made their debut album there (which still sounds absolutely great, BTW).

My memory betrayed me, however; I thought I had cut a demo in Studio B sometime in the early 70s, but alas no; in 1969, RCA Victor moved to 1133 6th Avenue at 44th St. In the 1980's the building and surrounding properties were acquired by the CUNY (City University of New York) and used by them until the late 1990s.

In any case, I bring this up because, the other day, I got the sort of box set of the first three YBs releases, listened to them for the first time in ages, and flipped.

I should add that on Monday I'll be posting a song by a slightly later New York City folk rock band who also recorded in Studio B, and despite their stylistic differences with the Youngbloods, it's obvious it was done in the same room.

A Fender Rhodes workout! But what is the second keyboard in the solo?

The first keyboard isn't a Rhodes, trust me. It's a Wurlitzer.

By golly, you are right. The chimes, they are a changin.'