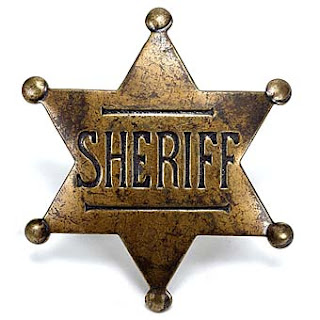 One of the joys of car shopping is driving around listening to the radio. (For the snark-impaired, that was.) For a person like me, accustomed to bringing my own soundtrack wherever I go and getting my news and opinions elsewhere, the radio is a wasteland of NASCAR and pimple cream ads, punctuated by the occasional interesting piece, especially since our local AAR affiliate changed to the third sports radio station in our small market.

So I mostly listen to NPR, if I listen, and it was there, driving what I dearly hope will be the new Liberalmobile, that I heard this piece, from WHYY in Philly.

Weekend Edition Saturday, July 28, 2007 · Record labels usually frown on fans sharing music for free online, but tolerate MP3, or music, blogs. These fan-run sites have proven effective in breaking unknown indie bands. But it's a relationship that is still rocky at times, as Joel Rose of member station WHYY reports.

I admit I was a bit surprised to find out that Matador was using this Web Sheriff thing--they don't seem the type. But then, I've had this new New Pornographer's CD for a month or so, so I guess I didn't realize it was such a closely-guarded secret.

I don't know how I feel about the crackdown on mp3 sites--I've posted a few, and I gather what you generally get are polite notes asking you to take things down if people have an issue with it. I guess it's technically stealing, but then so is any music, sharing, according to the RIAA.

Just a heads up to all you folks like Mike at Powerpopulist: be careful, my friends.

UPDATE: Kid C's comment reminds me of this song:

This bullshit is REALLY old. Remember this from the 80s?

God forbid someone should actually LISTEN to the music!

You mean there are still places you can download cool songs for free?

I think I have one illegal piece of music on my ipod. A friend sent me Dolly Parton singing Stairway to Heaven. While it has moments, oh my goodness it is overdone and barely listenable in toto.

While the RIAA has their head somewhere dark and stinky concerning fair usage, I am sympathetic to the lables (a hard thing to type) concerning massive piracy. So I don't do it. But then I am an old fart.

And it is much better to listen to Bow Wow Wow than to watch their dreadful videos.

Kid Charlemagne gets a hat-tip? I just mentioned Bow Wow Wow on the underrated bands thread!

Jeez, I just googled this story and came up with an actual letter sent out by Web Sheriff, a post or two down from this blog (I think this person was featured on the NPR piece but I didn't listen to it yet myself).

I wonder whether or not Matador artists are even aware that this sort of intimidation is being used? I can't imagine any artists would take too kindly to it.

(I'm not that surprised that Matador's the indie to do implement these policies -- aside from Sub Pop's 50+% ownership from Warner Bros., Matador is the closest to what I call "minor label," a major label system wannabe. Merge in particular is still pretty accessible, and a few others big ones are still kind of living the indie label spirit, but it's, uh, dispiriting to see Matador do this!)

Weird parag from Matador's Wikipedia article, which I'd never read:

Recently, Matador has had to sidestep unwanted involvement in the current Recording Industry Association of America dispute over Peer-to-peer file sharing networks.[1] Matador's Patrick Amory contacted the RIAA multiple times in order to ensure that an erroneous listing on the group's website of Matador as an RIAA member was removed. After several attempts, the name of the independent label was removed from the membership list.

Woop, Sub Pop is 49% owned by Warner...thanks Wikipedia! (Most of the big indies have major label distribution deals -- I think Arcade Fire had EMI helping out with global distribution for Neon Bible on Merge, I know EMI does their publishing rights -- but this doesn't seem to influence the companies' policies for the most part.

Woop (x2), getting conflicting reports about that co-release -- Rough Trade does European distribution and I saw somewhere it was distributed in part by Universal but can't verify this.