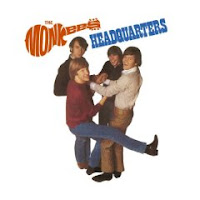 On balance, these are the Monkees two best albums, and with these new reissues Rhino has done right by them, in fact quite spectacularly so. Each two disc set includes both the mono and stereo mixes of the original LPs (beautifully remastered), plus a bonus disc of outtakes, alternate mixes, and other rarities (for example, a previously unheard by moi stereo version of "A Little Bit Me," probably my all-time fave Monkees single). Both packages also include excellent liner notes by pop obsessive (and member of Dave Davies' touring band) Andrew Sandoval with some interesting new interviews with Mike Nesmith and Peter Tork, and there are credits for who played what for every track (the identities of some of the session musicians may come as a surprise, and yes, Nesmith really did do the cool lead guitar riffage on "Pleasant Valley Sunday.") If I had to choose between the two packages, I'd probably opt for Headquarters, the one album where the Monkees really functioned as a self-contained pretty-much-playing-everything-themselves outfit, but if you like beautifully crafted 60s pop rock treated with the respect it deserves -- and if you don't, why are you even here? -- you can't go wrong with either one. 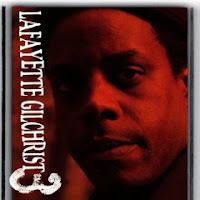 I'm not much of a jazzbo, but every now and then...Case in point: young Baltimore pianist Lafayette Gilchrist (this is his third album -- hence the apt if unimaginative title). Gilchrist, working here in a bare bones format (just him, electric bass and drums) works up a churning stew of what might be described as abstract funk; it's got a bit of a New Orleans r&b feel (think Professor Longhair or Allen Toussaint), while the rhythm section has an ear cocked towards James Brown and some of the more cosmic excursions on board George Clinton's Mothership. Gilchrist says he's "taking groove oriented music and making it spacious and conversational"; I'm saying he's doing it in endlessly inventive and harmonically surprising ways. Highly recommended.
Posted by steve simels at 9:51 AM

I think the Monkees are challenging Elvis Costello for the most number of times a back catalog has been reissued.

Geez Lafayette Gilchrist is from just down the road and I've never heard of him. I will have to check the jazz listings here in DC.

Good point about EC. But then Rhino does the re-releases right!

Wow, surpised to see this here? I love Lafayette Gilchrist. There's not enough visceral jazz like him these days. He's an heir to the greats.