Compare and Contrast: Anyone Who Ever Had a Heart

From 1970 and Loaded (perhaps on balance their best album, although we can argue that another time) please enjoy the latter day Velvet Underground and the suave vocal stylings of Lou Reed on their unlikely but ubiquitous rock anthem "Sweet Jane." 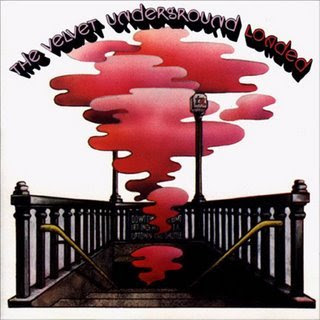 And from 1988, and their equally unlikely indie-rock left field smash hit The Trinity Session, please enjoy Cowboy Junkies, featuring the languid vocal stylings of the lovely Margo Timmins, and an ineffably laid back cover of same. 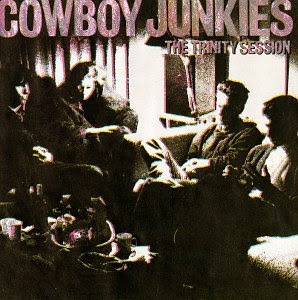 BTW, the Velvet's track above is the uncut version, with the "heavenly wine and roses" bridge that was excised -- to Lou's ire -- from the original album version and as a result from just about everybody else's subsequent covers. I myself am of the opinion that the song plays stronger without it, and Lou has gone back and forth on that when he performs it himself. I forget whether he sang it on the Velvet's live reunion album from 1993, but I'm pretty sure he did at the concert for the opening of the Rock and Roll Hall of Fame in '95 (backed by Soul Asylum no less).

As for the Cowboy Junkies version, all I can say is that it makes me very, very sleepy, like most of their stuff. In their defense, however, it's a cover of the equally languid version on 1969: Velvet Underground Live, an album that I've always thought of as The Velvets in a Mellow Mood For Lovers Only. In any case, I've had a huge thing for Margo Timmins for the longest time, so my critical objectivity is by definition suspect.

As for the song itself, it's funny to think of it, but by now, "Sweet Jane" has probably been covered more times by more different people than "Johnny B. Goode."

Okay, maybe not more times, but close.
Posted by steve simels at 12:05 AM

Let us also not forget the very rockin' much more foot stomping version from Lou's live Rock and Roll Animal 1974. With Alice Cooper's crackerjack band at the time. The intro always mesmerized me.

As for the Junkies version, different but a complete dirge. Brought me down when I first heard it. Margo was hot though, probably on barbiturates.

This song and "Rock and Roll" were the first VU songs I heard as a teen and immediately fell in love. Though it may be VU heresy, I also think the song is stronger without the bridge, but not enough to make a real difference -- it's fine either way.

And oh yeah, the Rock and Roll Animal album was a college mainstay for me & my friends -- one of the best air guitar records of the 70s.

Great blog you got here. I'd like to read more about this theme. The only thing I would like to see on that blog is some pics of such gizmos as gps blocker.

Oh, spammer, you're so comically inept.

Oh, is that spam? I just thought it was gibberish.

Somebody's not getting their money's worth.

Yeah, yeah, time for an update.

Somebody wake her up and tell her!

Seriously, if her life is anything like her music, it must take her three days to walk from the living room to the kitchen.

I think the Cowboy Junkies version is a great cover of a great song. I too like the Velvets version without the bridge, though. There's a marvelous Lou Reed "Live in Italy" import from about 1983 that has a great version of "Sweet Jane" too.