Compare and Contrast (An Occasional Series): Q You!

Okay, we may be reaching a point where the differences are of such a rarefied nature that only dogs can hear them, but indulge me on this one because I really love the song.

From 1978, and their fabulous At Yankee Stadium, please enjoy the great NRBQ and their prescient and infectious sort-of stab at a New Wave pop record, "I Want You Bad." Written and sung by genius keyboard player Terry Adams. 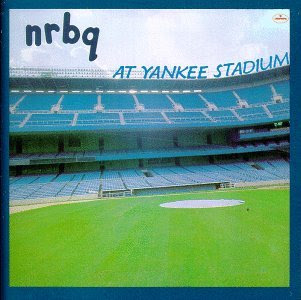 And here, from their wonderful 1996 concert album Tokyo, it's the Q again with an amazingly ragged but right live version. 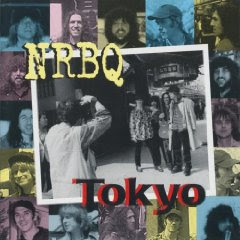 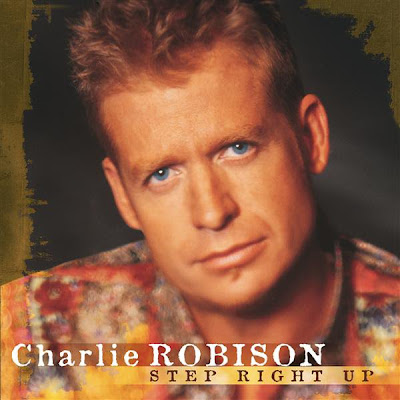 If pressed, I think my favorite is the live version; I just love the way the band sounds like they're falling apart at the beginning before settling into their customary monster groove. But all three are great, I think.

Incidentally, Robison's a really interesting guy -- one of these days I'm going to have to put up his "Desperate Times," from the same 2001 album. Not only is it one of the best and most mordant story songs of recent years, it's also a full-on killer Stratocaster epic, as close to Television as it is to the country-rock you'd expect.
Posted by steve simels at 12:03 AM

Love that album too. Wore it out on vinyl back in the 80s. Still a little sad that Big Al left, but with that long history there are bound to be many changes.

Ah, one of my all-time favorite albums. "Ain't No Free" is a goody, too. Hell, the whole album is great.

For the uninitiated, the album's title is apparent only if you look really closely, ha.

BTW -- there seems to be a little skip at the beginning of the Yankee Stadium clip...not sure why.

Anyway, if you don't have the song and would like a clean copy, e-mail me; the mp4 on my iTunes is skip-less.

That is a great song.

"falling apart at the beginning before settling into their customary monster groove". That is a great description of my impression of NRBQ. As a relative youngin', I only saw NRBQ once, in Houston in 1994(?). This was the first concert they played backed up by the Sun Ra horn section. They seemed to be still figuring out how it should all work, and honestly, I was not impressed with NRBQ. The opening band (the hilariously fabulous Banana Blender Surprise) was better. But I had the occassion to speak to the Banana Blender singer a few years later. And he informed me that my concert experience was the exception to the rule on the tour they supported, and NRBQ and Sun Ra's horns were pretty awesome as they worked things out.

Both NRBQ versions here are sung by bassist Joey Spampinato. Adams sings harmony here and there.

The live version is after Al Anderson left the band and so is kinda hard to take for me, guitar-wise. Joey's brother Johnny is a fine guitarist but he just couldn't match Big Al's monster riffage. That line-up only lasted for 5 albums, 2 of them live albums.

The last two, Atsa My Band and Dummy, are pretty spotty, but the first thing they put out after Anderson left - the 1999 "Yellow" album (eponymous)- is fantastic, loaded with fine Joey tunes. He's really one of the best pop songwriters around, by any standard, and deserves more recognition as such.

I don't see anything new-wavy about it "I Want You Bad," I just hear a kicking R&B tune. But hey, that's me. Glad to see the Q get some ink here.

I dig the Robison version, some nice slide work and well sung.

Kinda long-winded here but I've always been a big fan.

I didn't realize that was Joey singing.

This truly is a red-letter day for me, Steve. I am basking in my correction.

I don't know if the Robison version is "great," per se (he comes off with that twangy country smugness, whereas Joey, in the original, clearly does want whoever he's singing to very, very bad -- he was phenomenal at intimating that passionate desperation, cf "You Can't Hide"), but I do love this song, and the whole "Yankee" album. It's very probably their most straight-forward LP (all great tunes with no nonsense) and it's missing a bit of that zany Terry charm, but when the songs are this good it's hard to complain.

"Joey sings and Terry honks," indeed! Haha. I think my favorite Terry vocal is "Roll Call," because the honking is so appropriately plaintive. I'm also a massive fan, though I never had the pleasure of seeing them live.

Thinly related: Whaddya all think of the song "Listening to NRBQ" by Jim Boggia? It's far sweeter than anything the Q would have bothered with, me thinks, but still a fine track, and sonic quotations abound for the sharp-eared.

Dave Edmunds and the Long Ryders also did great covers of that song. There's also a version on Freedy Johnston's all-cover album from 2008 (which I haven't heard, but the song selection -- ranging from Tom Petty to the Hollies, Paul McCartney, Marshall Crenshaw, and NRBQ -- is intriguing).

Not familiar with the Boggia tune, but I'll look it up...thanks for the tip Jon.

I think I need to hear that Freedy Johnston cover album...

Not only my favorite NRBQ song, but one of my favorite songs period. And I have it tagged as "Power Pop" in my iTunes.

Thanks for the posting!