Compare and Contrast (An Occasional Series): Tales From the Mystic East

From 1967, here's James Barry Keefer, a/k/a Keith (frequently if inexplicably mistaken at the time for Keith Richards) and his less successful but still delightful followup to the smash "98.6" -- the charmingly faux Oriental ditty "Tell Me to My Face" (both songs from his Ain't Gonna Lie album). 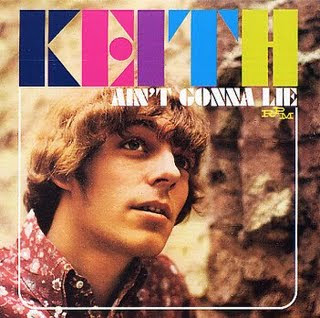 And from 1966, here's the original version by The Hollies (my personal heroes, as if you didn't know). 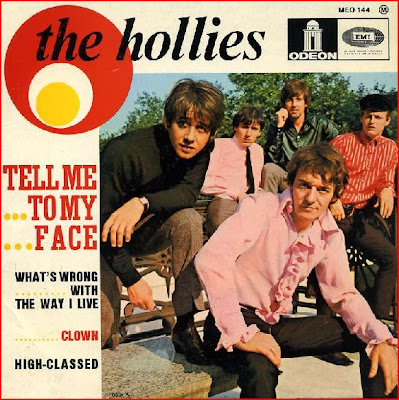 The Keith cover is pretty good actually, in a sort of overtly commercial Brill Building kind of way, and the song is fabulous, obviously. But The Hollies version ultimately gets the nod, I think, both for co-composer Graham Nash's insinuating vocal and the atmospheric 12-string guitar work by The Hollies' underrated Tony Hicks.

Incidentally, to my knowledge this is the only hit anybody ever had with a cover of a Hollies tune. Strange, actually, when you consider what consistently high quality material the Clarke-Hicks-Nash songwriting team was churning out at the time...
Posted by steve simels at 9:13 AM

Ain't Gonna Lie is also a good tune. Dan Fogelberg did a decent cover of Tell Me To My Face on the Twin Sons Of Different Mothers LP from 1978 with Tim Weisberg, some good instrumentals on that as well. Good players those two.

Ahhh....Keith! I had a copy of 98.6 that must have come in a magazine - it was one of those thin, flexible "vinyl" sheets that would play on the console record players of the day.

I hadn't thought of that song or Keith in a long time and now can't get it out of my head! I do like both these versions of Tell Me. Keith's vocal is actually pretty good, but it's hard to beat Mr. Nash.

Saw him and his old bandmates (Stills, Crosby) on the RRHF concert on HBO this weekend and he sounded pretty good.

it wasn't exactly a hit, but sloan does a cover of i can't let go on
"sloan party!" an e.p. that comes with the "one chord to another" disc. sloan party also has covers of songs by roxy music, jonathan richman, the turtles, and stereolab.