About Fucking Time. Now When Are They Going to Knight Ray Davies?

From the NME: Finally -- a bio-pic on The Kinks.

A movie about British band The Kinks is set to go into production. Tentatively titled You Really Got Me, the film is set to explore the rocky relationship between bandmates and brothers Ray and Dave Davies. Directed by the film and music video director Julien Temple, who has previously directed documentaries about The Sex Pistols and Glastonbury, Ray Davies will be involved in the project.

"At the heart of it is the extraordinary love-hate relationship between these two brothers: love/hate, sibling rivalry is at the core," Temple told Screen Daily. "I think it's a very rich social, cultural nexus around The Kinks. Their story is the untold story of all those big bands of the 1960s."

The cast for the film or a potential release date is yet to be announced. 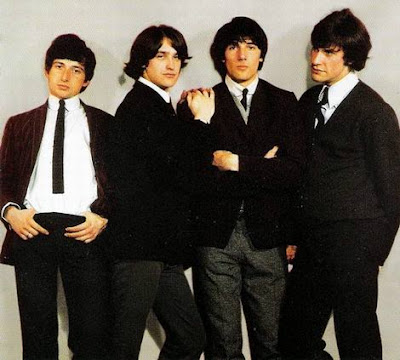 In related, and sad, Kinks news -- session drummer Bobby Graham, who played on "You Really Got Me" and scads of other Brit classics, including Dusty Springfield's "I Only Wanna Be With You," and Them's "Gloria"(!) has died at age 69.
Posted by steve simels at 12:10 PM

I heard about this a few weeks ago...the fact that Temple is doing it bodes well.

Now When Are They Going to Knight Ray Davies?

Seriously - name another songwriter who has spent so much time describing and celebrating his country.

A&E did the Kinks on "Biography" not too long ago.

ain't that the truth, steve. the queen honors all sorts of musicians and this late in the day the great ray is still unhonored. wrong. wrong. wrong.


Ray Davies is a God!

So, yeah knighthood would be nice! That's a few songs which individually almost earn him that.

I can't get too excited when rock and roll gets the "Hollywood treatment." I'd rather see a good documentary instead