Well, it's Friday, and you know what that means. Yes, my Oriental Delta of Venus coiffeur Fah Lo Suee and I will be off to Wasilla, Alaska, for a Christmas party with former Gov. Sarah Palin and brood. I understand that former First Dude Todd Palin (Secessionist-Hell) will be carving the traditional Xmas moose while dressed as the beloved cartoon character Bullwinkle, which I think shows an interesting sense of irony on his part.

But in any case, further posting by moi will necessarily be sporadic for a day or two.

In the meantime, then, here's a hopefully fun little holiday project for us all:

That's "Red Sea Pedestrians" as in Jews, in case you didn't catch the reference.

In other words, if it's by or sung by a Jew, or vaguely alludes to the whole Jewish thing, it's good to go.

And no arbitrary rules whatsoever that I can think of, except you can't eat dairy with meat. And shellfish is right out.

Oh, and nothing from Jesus Christ Superstar or Godspell. Seriously -- you try to slip some of that crap into the list and I will come to your house and rip your heart out of its chest cavity with a pair of pinking shears.

Okay, my top of my head Top Nine is:

9. The Blues Project -- I Can't Keep From Cryin' Sometimes 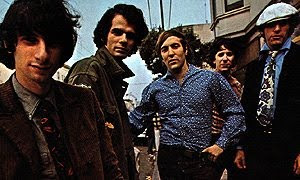 Messrs Kooper, Kulberg, Blumenfeld, Kalb and Katz; not for nothing did people call them "The Jewish Beatles." I saw them at one of their reunion shows in the early 90s, and they actually came onstage to a recording of the theme from Exodus. Heh.


I eat Chinese food on Christmas
Go to the movie theater too
Cause there just ain't much else to do on Christmas
If you're a Jew.

This is actually true, by the way.

'Nuff said. And that's even before the verse specifically referencing the Chosen People. 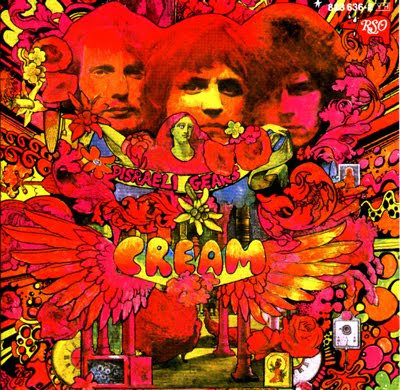 Named after the 19th century Brit novelist, prime minister and (feh) Conservative. Few things, then as now, annoy me more than a right-wing Jew. Benjy, Benjy, Benjy, remember where you came from, boychik. 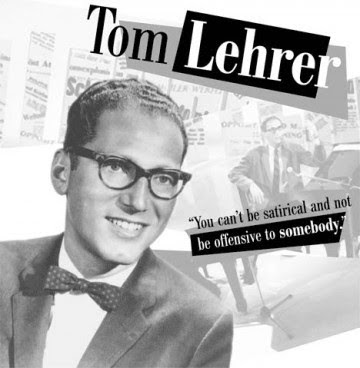 A previously unreleased track from Rhino's terrific box-set retrospective The Remains of Tom Lehrer from 2000. It boggles my mind, but until I read the biographical essay with the set, it had never occurred to me that Lehrer was, in fact, Jewish. And with a punim like that... 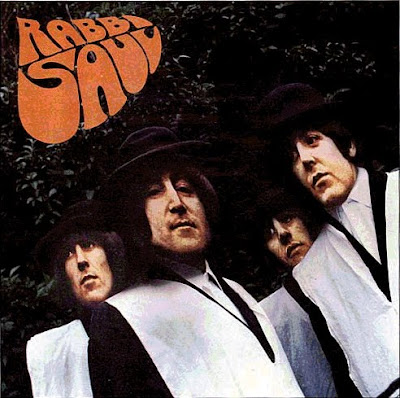 From their brief and little known Orthodox Jewish period. Unreleased songs rumoured to exist in the EMI vaults include "Sexy Seder," "Mocky Raccoon," "P.S. I Owe You," "The Shul on the Hill," and "Your Mother Should Only Know."

3. Matisyahau -- King Without a Crown

Matisyahu: Oy gevalt, what will the goyim think? Seriously -- a Hasidic Jewish reggae musician has got, for want of a better word, issues. That said, I couldn't find a Killers song that fits this week's theme, and as you know I always like to include a tune recorded in the current century. 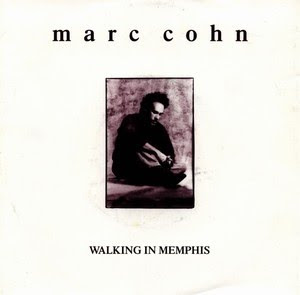 Now Muriel plays piano
Every Friday at the Hollywood.
And they brought me down to see her
And they asked me if I would
Do a little number
And I sang with all my might.
She said "Tell me, are you a Christian, child?"
And I said "Ma'am I am tonight"

Okay, so a nice Jewish boy temporarily recants his faith. I still think the song is a masterpiece.

And the numero uno Jewbie Doobie Doo ditty of all time obviously, I can't believe you're even hocking me about this, has to be -- 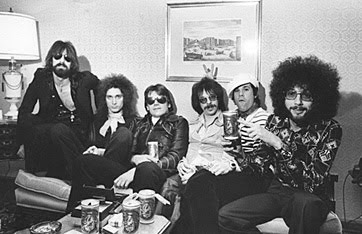 Yeah, Smokey Robinson wrote it (for The Contours, of "Do You Love Me?" fame), but it took five scrawny jewboys from Boston to do the definitive version of the definitively crass song about looking out for number one.

"A woman can be
As fine as can be.
With kisses sweet as honey.
But that don't mean a thing to me...
If she ain't got no money."

[Shamless Blogwhore: My parallel Xmas Cinemania -- featuring a certain rodent trio remaking their signature in the company of a band that played at Woodstock -- is now up over at Box Office, courtesy of our bud Dave™©. It being the holiday and all, it would really get me in good with management if you could see your way to going over there and leaving some sort of snarky little seasonal comment. Thanks!]
Posted by steve simels at 12:07 AM

Everything by Peter Himmelman.

"Slum Goddess of the Lower East Side" - The Fugs. And speaking of Tuli Kupferberg:

Tuli Kupferberg, who has just turned 86!!!, is an American treasure, a National wonder, a Gaian glory, a genius in the footsteps of Stephen Foster and other major tunesmiths, for songs such as “Nothing,” “Morning Morning, “ “Carpe Diem,” “Kill for Peace,” “The Ten Commandments,” “When the Mode of the Music Changes,” and, of course, “CIA Man,” which was featured on the recent Coen Brothers movie, Burn After Reading.

Age-Old Story by NYC's 5 Chinese Brothers - a Hanukkah carol in a country gospel style. I think lead singer/songwriter Tom Meltzer is a landsman, too.

Oh, I just found out about this on dKos: Christmastime For The Jews - and yes, the singer is who you think it is!

Geez. I never think of people in terms of their ethnic origins. But I guess I'll go with Leonard Cohen's latest album that he was touring on a while back. Really loved it. He IS jewish, right?

As for a whole song: Tom Waits: Road To Peace.

Then there's the musical: When you're in love everybody's Jewish

A nice picture book came out in the last couple of years and I can't remember the title, but it is a collection of Jewish/Yiddish LP covers and a history thereof. Check it out.

Christ, how could I (or you!) forget:

Desmond Dekker and the Aces: The Israelites

Desmond Dekker and the Aces: The Israelites

Well, if nobody else is going to mention it, how about the entire ouevre of Jerry Leiber and Mike Stoller?

Which is to say just about every great rock song of the 50s not written by African-Americans.

So everyone knows Dylan stole "Must Be Santa" from Brave Combo, right?

Including, apparently, Dylan. So I guess that makes it a "homage"...

I'd never seen that Lehrer number before - thanks!

How could our ancestors fail to have glommed that Lehrer was the Messiah. Or at least the proto-Costello. He deserves a museum, at least.

"Not odd of God,
the goyim
annoyim"

Which one of J. Geils is not Jewish? There are six of them, right?

and speaking of 'oeuvres,' Lou Reed is MOT.

"The Next Big Thing"