Well, it's Friday and you know what that means.Yes, my Oriental non-dairy creamer Fah Lo Suee and I are off to....

And at this point I was going to make a joke involving the Ohio state legislature that's inviting a fetus to testify at an anti-abortion hearing (this is for real, in case you haven't been paying attention) and how there's a part of me that (perversely) wishes Senor Wences was doing the voice. But the stunt is just so infuriatingly stupid and, frankly, depraved that sarcasm really isn't a sufficient response. And so, to every one of the Republican pols behind this crap I will thus simply say -- go fuck yourself, you miserable misogynist ghouls.

Okay, and without that out of the way, and because things will more than likely be a little quiet around here till we return, here's a fun little project to help fill the empty areas in our lives:

Best or Worst Post-Elvis Pop/Rock Song Referencing Rapidity of Locomotion in Either the Title or Lyrics!!!

Speed (not the drug) or fast stuff, in other words, and no arbitrary rules that I can think of at the moment. 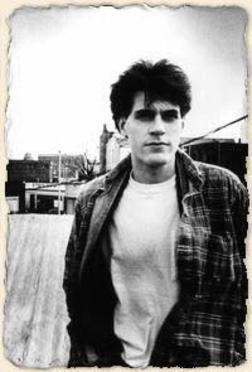 Pop perfection. Why this guy isn't a household word is beyond me.

4. Steppenwolf -- Faster Than the Speed of Life 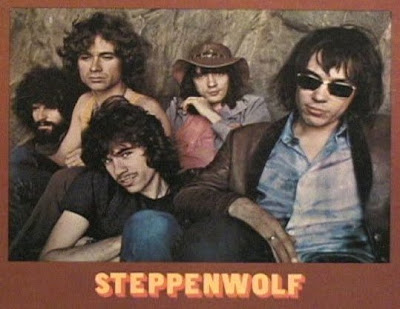 From their second album (one of the most underrated artifacts of the late 60s, believe it or not) and written by the same guy who penned "Born to Be Wild." I actually kind of prefer it, if truth be told.

This one's really so objectionable on so many levels I almost don't know where to begin. Not as bad as Pat's heavy metal album, though, so that's something.

These guys are way overrated, IMHO, and the song ain't so hot. Great title, though.

And the Numero Uno blink-your-eyes-and-you'll-miss-it track of them all simply hast to be...

Alrighty then -- what would your choices be?
Posted by steve simels at 8:19 AM

I was playing "Speed Kills" on my way to work today, came into my office and saw this. Coincidence?

But is anybody else seeing Mama Cass where Pat Boone should be, Excepter in place of the Dictators and Big Star instead of The Stimulators?

My Kingdom for a Car - Phil Ochs

I have a soft spot in my brain for Pat's Heavy Metal album. It is right beside the spot for Ozzy singing Staying Alive.

But that is just my pathology.

Fast as You Can - Fiona Apple

You Belong With Me - Taylor SWIFT

"Light is Faster than Sound" from Big Brother and the Holding Company's Mainstream album -- the best album they every did, since JJ is restricted to backup on at least half the songs.

Air...Air
Hit me in the face
I run faster
Faster into the air
(I say to myself)
What is happening to my skin?
Where is that protection that I needed?
Air can hurt you too

Talking Heads, Air, from Fear of Music. Some people don't know shit about the air.

"You Can't Catch Me" Chuck Berry

A Quick One While He's Away - the Who

She shore is purty.

Well, I mean, Motorhead's "Locomotive": http://www.youtube.com/watch?v=7Uad2wO5lNA It simply doesn't get more driving than that.