This Song Sounds Dirty But It Isn't 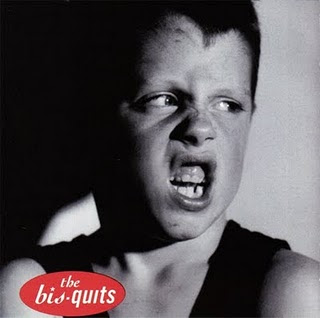 This is from one of the great lost albums of the 90s, by the way; great guitars, great songwriting, and boy do they give the lie to Nick Lowe's famous dictum about how there's an astonishing lack of humor and realism in contemporary pop music. Originally issued on John Prine's Oh!Boy indie imprint, it's a winner from stem to stern; along with a whole bunch of really witty, melodic originals -- you haven't lived until you've heard their ode to "Yo-Yo Ma," rendered as an amalgam of the Rolling Stones and J.S. Bach -- there's also a stunning live cover of Richard Thompson's "Walking on a Wire" and lots more. It's still available at Amazon and on iTunes, but you can probably find a less expensive version online somewhere.
Posted by steve simels at 6:54 AM

Wow, this is some great jangle. Thanks bro.

I always thought "Tommy's On His Own" was a great lost Replacements track.

This is a really good album. I second the recommendation.

Tommy Womack, like The Yayhoos, is an unappreciated national treasure. Check out his solo albums, too. They're consistently excellent. You'll laugh. You'll cry. Damn nice feller, too, if you're ever lucky enough to meet him.

Steve is right about this being one of the great lost albums of the '90s. In a just world, it would've sold "Nevermind"-style.

Not a bad song, but I have to admit I don't understand the desire for "realism" in pop music -- music as mundane as my daily routine is not really something I find inspiring, invigorating or interesting.

Just look in the $1 bin at your local record store if you still have one. That's where I got my copy.

I don't think Lowe meant "realism" in the kitchen sink/Ray Davies way you're suggesting. I think -- and he was talking about the hits of the day, said day being in the late 70s, early 80s -- he simply meant that most commercial pop was bloated and pretentious and obnoxiously fantasyland kind of stuff.

I mean, if you don't have any actual record stores with cutout bins around anymore.

I love the sound of guitars, but it's the singer that makes or breaks a song for me. I just don't care for the voice here. (Conversely, it was Cobain's voice that kept me listening to Nirvana.)

One of Nashville's finest bands. If you haven't read Tommy's "The Cheese Chronicles", get it today!
Great pick Steve.

Gummo is right --pop is about ecstasy. Who needs realism? But then you mention the kitchen-sink side of the Kinks, and I also think of something like Squeeze's "Up the Junction" and I think, okay, a little realism isn't bad.

Tommy and Will Kimbrough are fantastic as solo acts, and even better together. If you like Bis-Quits, you'll love their new band Daddy. Both have solo albums as well - and tour incessantly (Will more so than Tommy, although he's been out and about lately with Government Cheese) My children love this album - which I think speaks to its universality and longevity. It's just good.