Okay, here's a very sad and, frankly, very pathetic story that proves I really need to get more of a life. So please try not to laugh.

But first, from 1975, please try to enjoy the B-side blues/gospel/pop ballad confection "Believe in What You Do," by...well, I'm not going to tell you by who, for reasons that will become blindingly clear in a moment. 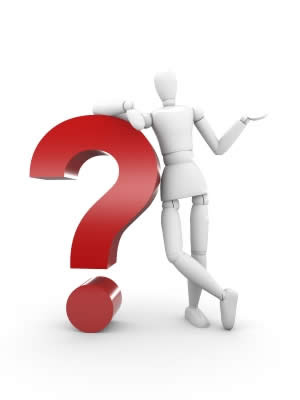 And now the backstory.

As I said, the song is from 1975; the singer is not a household word by any means, but the other side of the record was a world-wide multi-million selling smash that still gets played on oldies radio.

Said B-side has never appeared on any subsequent vinyl album or CD by the artist who recorded it; this is a recent (and annoyingly noisy) rip from a vintage 45.

The only reason I ever heard this one in the first place is because I was on the United Artists promo singles list back then, and for some perverse reason I always played the flips of records that were on the radio, on the off chance that there might be some buried treasure, as it were. To my ears, at the time, it sounded pleasantly like the kind of song Rod Stewart might have done before his artistic decline; it also sounded to me like a decent Eric Clapton tune, albeit sans guitar. In any event, I always liked it, especially the minimalist Floyd Cramer piano solo, and in fact at one point I may have tried to con my 70s band (we had a girl singer) into covering it.

I lost both my copy of the 45 and a low-fi cassette I duped from it during a house moving episode in the late 70s, and over the last several years I developed a frankly inexplicable jones to hear it again. More recently, I've tried without success to find a downloadable version anywhere on the intertubes. So I finally broke down two weeks ago and paid ten bucks to get a used copy from Amazon. Another fifteen bucks got me the lousy mp3 transfer I posted above.

To my surprise, the song still sounds as insinuating to me as it did at the time. On the other hand, I think there's an obvious reason why it's never been on any vinyl or CD compilation by the artist in question, and that's because -- wait for it -- it's not really all that interesting to anybody but me. I mean, given the (putting it charitably) sparseness of the production, I'd be very very surprised if the thing wasn't just some publishing demo that was rushed onto the flip when the producer/writer team behind both tracks sold the record company on the eventual A-side smash. Which doesn't sound remotely like the mystery tune, by the way.

Obviously, a coveted PowerPop No-Prize will be awarded to the first reader who guesses the A-side title and, thus the singer as well.

So -- just to recap. For some reason, I became obsessed with a song that nobody else, including the artist, the producers or the songwriters, felt strongly enough about to ever even acknowledge its existence. And I then forked out 25 bucks that would have more profitably been spent on hookers and blow to hear it again, through a patina of crackle and turntable rumble.

Hey -- I said this was a sad and pathetic story. I didn't say it would be interesting.
Posted by steve simels at 8:51 AM

I don't find this story sad OR pathetic. This is because, I do the same things, so therefore...wait...nevermind...maybe we are both sad and pathetic.

Nonetheless, great track. I totally hear the appeal. Nice pull. I looked it up, but I won't tell.

Without looking it up I guess Bobbie Gentry

It never occurred to me until the other day, the singer in question reminds me very much of Evie Sands in the vocal department. Which is high praise in my book, obviously.

Had to look it up. I wouldn't have picked that singer for this song -- quite a surprise.

The Wikipedia entry tells a fairly interesting story about the song's creation, recording and sale.

I love how a minor song crawls into someone's head and stays there for decades. I have at least a couple that have been lifelong obsessions. I found one on Ted Stevens' Intertubes but the other still eludes me.

What were/are they? Obviously, now you've got me curious...

Wow -- according to Wiki, it's quite likely that the piano part I admired on the tune was played by Dave Rowberry, the guy who replaced Alan Price in The Animals. Quite an underrated guy, actually....

Okay, for those of you still playing at home, she's English and she had one or two other r&b hits.

The songs I've had stuck in my head for several decades are:

"Dancin' Man" by a Philly disco/soul band named Q. It's not a great piece at all -- it's bouncy and fun but corny as hell -- but I associate it with my first year at college, driving around free as a bird after school and far from home, and it's a good memory. I found this eventually and it is on my iPod, where I skip it whenever other humans are present. Love the damn thing, though.

"(It's a) Crazy World", by Mac McAnally, who has been a key songwriter for Jimmy Buffett and wrote a whole bunch of country hits. This is folkish and very stripped down. It charted, but poorly, and I lost the demo single I used to have. It has a lyric that I identify with in a very deep way:

Not available on the intertubes or iTunes.

Okay, I've shared the cheesy stuff that has stuck with me. Anyone else? Buehler? Buehler?

Don't know either of those...but I'll keep a look out now that you've mentioned 'em.

I can only think of Bonnie Tyler, but it's not oversung, so give up.

But yes -- flip side of "Right Back From Where We Started From."

Frick! I was gonna say Joan Armatrading. But alas I was a wee small liddle one back then.

I'm out of my element here. Obviously.

Yeah, that's how I was in 1966 about the flip side of the Kinks' "Sunny Afternoon", which was "I'm Not Like Everybody Else". I left the single at a friend's house, and for some reason the Kinks didn't put "I'm Not LIke Everybody Else" on an album until 1973 (Great Lost Kinks Album). Until then, it haunted my memory ...

Sounds a little like Betty Everett to me (that's a compliment). Have to admit I've heard little of Maxine Nightingale's work other than the big hit. Nice song.

A great live version of The Kinks' "I'm Not Like Everybody Else" is on "To The Bone" ... there are times when I just have to hear it.

Oh, I'll check that out, thanks!