Well, my past keeps catching up with me. Latest case in point: An old pal of mine, who in 1970 co-directed an artsy 16mm student film -- Party -- about alienation and boinking amongst the alienated yet boinking counter-cultural crowd at our old college (C.W. Post), has not only found a surviving print of this moody masterpiece but is in the process of converting it into the digital domain.

Said film, more to the point, features a live concert performance by my then band (we were called God -- don't ask). Including a staged scene at the end where the other guitar player smashes a cheap Japanese instrument a la Pete Townshend while I look on in mock horror. I should add that two more of my old pals from those heady days play the principal alienated student boinkers, and are glimpsed on at least one occasion completely starkers.

Here's our song -- it's called "It's a Crime" (cue obvious joke) -- as featured on the soundtrack. 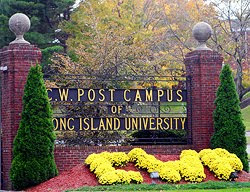 Obviously, we were trying to sound like the Jefferson Airplane at the time. The song, however, is an original by my long time bandmate Tony Forte (vocals and Rickenbacker 12-string) which he taught to the rest of us approximately ten minutes before we were filmed for the concert sequence, so all that stuff in the middle is an honest-to-god hippie instrumental jam. I'm playing the inadequate rhythm guitar; the genuinely brilliant bass is by Bart Goldberg (a guy I lost track of years ago). The now husband-and-wife team of Lucinda Moran (vocals) and Robert Albiston (drums) rounds out the ensemble, doing truly stellar work IMHO.

The recording itself was done under remarkably primitive conditions; the band was onstage with a PA system that compared unfavorably to one of those megaphones Rudy Vallee was famous for using, and the audio was captured by a single microphone plugged into a professional-quality Nagra portable film recorder. That odd whistling sound in the opening of the song is apparently a sync signal the Nagra makes to facilitate the editing process.

I should also add that I haven't seen the film since sometime in the late 70s, so I have no idea how it will or will not hold up. I can pretty much guarantee that I'm uploading it to YouTube the fricking minute the DVD is done, however.
Posted by steve simels at 8:28 AM

Nice job. That's much better than alot of the JA soundalikes I've heard.

I. Am. Having. An. Actual. By. God. Flashback. (note the cheapshit play on words?)

Can't wait to see the flick.

And Bart Goldberg?!? I hadn't thought of him in, well, you know.

That is actually a very credible JA knockoff for a college band.

[get it? get it? nudge nudge wink wink say no more!]

this Sleeve Nimels fellow is a bit of a Forrest Gump

You been in some good bands. That bass player was fantastic. Woulda been a great cut on After Bathing at Baxters.

Bart was a super-talented guy; I really need to track him down one of these days.

Considerably better 12-string playing than the JA! Tony had to be the only person in the metropolitan NY area playing like that in 1970. It must have taken raw courage and nerves of steel not to go full-tilt into Eight Miles High during the hippie jam.

I've been waiting 41 years to see "Party". Guess I can wait a few more months.

Thanks for the great music, Mister!

This is really good!

Anybody notice that the gateway to CW Post looks an awful lot like the cover of Sgt. Pepper.