Great Moments in the Canyons of Your Mind

Okay, maybe not "great," but not as bad as I expected either.

From 1968, please enjoy The Boston Tea Party -- who were NOT in fact a part of the failed MGM Records Bosstown Sound hype (they were actually from Burbank California) -- and the opening track of their eponymous debut album, the "we hope you will enjoy the show"-starting garage psych anthem "I'm Telling You." 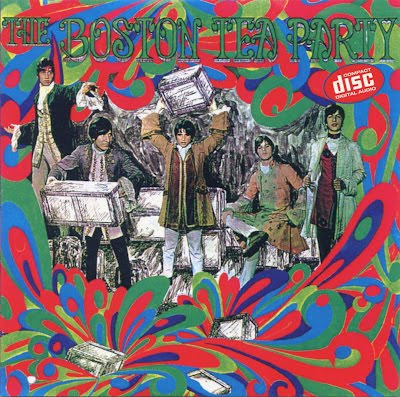 Interesting guitar solo, no? If interesting is precisely the right word.

In any case, I'm rather taken with the song's lyrics, which are as vintage a slice of "We're the young generation and we've got something to say" post-Monkees it's-what's-happening-baby rhetoric as has ever been heard by sentient mammalian ears. And a good thing, too, because as the late great Lester Bangs observed (in a review of early 70s glam rockers White Witch) the other default stance of the garage psychedelia moment was to give pimply male virgins the opportunity to sing about sex without (overtly) revealing their rank inexperience in that regard.

I should also add that the Tea Party can observed plying their trade in the 1969 trash biker flick classic The Cycle Savages with Bruce Dern, which behooves beholding.

They did the very best they could...

That's about all I have to say about it...

Most garage psych is pretty crappy, but I have a sneaking fondness for the least egregious examples of the genre.

This one is really rather charming, I think.

That guitar solo sounds like it's from an entirely different song!

And played on a very taut rubber band.
:-)

Interesting is a very charitable appraisal of that guitar solo.

The solo is from Mars and the rest of the song is from Venus!

Garage in general appeals to my blue collar heritage. I love that solo by the way. He may not have had much "talent" but it was the very best they can.

But speaking of talent -
I heard on my underground garage station that some sort of Rascals reunion coming up in NY. Wish I was in the area. I suppose geriatric music critics get comp tickets.

I didn't have a chance to say this over at Eschaton, but my sincere condolences for your loss.