Legendary Bleecker Street rock club Kenny's Castaways -- where (back in the early to mid 80s) I had some of the best times of my life, both on and offstage -- is closing for good tonight. 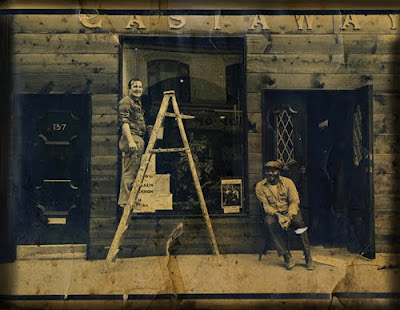 The last two acts to play there are scheduled to be The Smithereens and Willie Nile.

Both of whom my own band was fortunate enough to open for at Kenny's on numerous occasions, and both both of whom were hugely inspirational to us. Particularly this little masterpiece from Willie's first album...

...which was in many ways the template we attempted for our own music (with what success I will will not speculate).

In any case, if you're in the vicinity of Manhattan tonight, you could do a lot worse than to stop by. I'll be there of course, and probably scads of people -- musicians, ex-waitresses and bartenders -- I haven't seen in years.

I think the word "bittersweet" is appropriate here.

Wish I could be there. Let us know if any musical guests end up on stage.

I have a cheap digital camera which I don't really know how to use, but I'm bringing it just in case.

Damn, wish I could be there. Have to work my dreaded 4 to midnight shift.

Memorable gig story. When my band Pep In the Cat was playing one of the many gigs there on a July 4th weekend back in the early 80's. Jaco Pastorius, whom we kind of knew, jumped on stage, grabbed the bass players bass while we were on a break and started playing America The Beautiful with the volume on 12. People started to gather outside, looking in the window, and pouring inside. I must say, by the next set, we had a bigger crowd.

A shame it's closing. It was a good place for just starting, up and coming bands to play.

Actually, the Jaco/Kennys/Pep In The Cat story I recall is.. we had two sets, and in between sets Jaco got up on stage and started noodling. Because Richie and I use to warm up to Jaco's "Teen Town," Mike encouraged me to go up and start playing it on the drums and hopefully Jaco would join in. I did, and Jaco grunted and immediately leaped off the stage.