From Born Under, his splendid 1994 solo debut, please enjoy Martin Zellar and his strangely uplifiting ode to depressing romantic fatalism "Lie to Me."

You know what to do -- just click on the play button below. 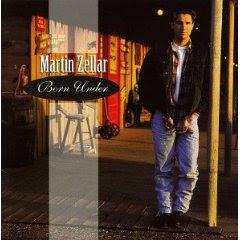 I knew nothing about Zellar when I first heard this, but my reaction at the time was almost chemical. Seriously, it was like hearing, oh, Buddy Holly or Lee Mavers of The La's for the first time -- just a spine-tingling voice that didn't really sound like anybody else you could put your finger on.

Later, of course, I found out that Zellar had been in a very entertaining kind of wiseass roots rock band, the Gear Daddies, whose Lets Go Scare Al was probably the most amusingly titled album of the 80s. There's a very nice YouTube of them on Letterman in 1991 that behooves beholding.

In any case, a great song, I think; you can download it HERE. If the authorization's expired by the time you arrive, e-mail me blah blah. Apparently, the divShare link has a download thingie too, and their stuff doesn't expire, so take your pick.
Posted by steve simels at 12:03 AM

Note to self: Largely obscure roots rockers from Minnesota less of a crowd pleaser than one might have thought.
:-)