Talk to the Hand!

From 1968, from their underrated debut album, please enjoy the quite astonishing Manfred Mann cover "Machines" by the absolutely fricking great Lothar and the Hand People. 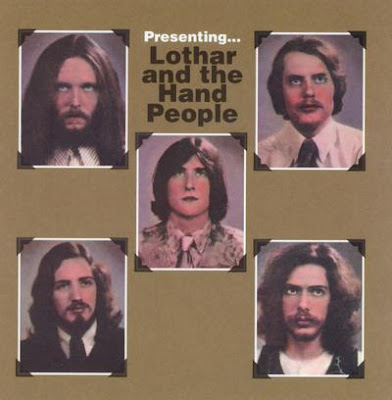 These guys were THE underground band in NYC in 1966; I actually saw them in October of that year, when they opened for The Byrds' legendary two-week stint at the Village Gate (a show that's pretty much agreed to be the first big stirring of the counter-cultural/rock scene on the East Coast). They were utterly amazing; funny, fantastic musicianship, the theremin gimmick, and the snazziest dressers of any rock group I'd ever seen at that point. Hands down, and all these years later, they remain the most impressive act I ever saw cold, i.e., without knowing anything about them beforehand; good as the Byrds were, they totally stole the show. 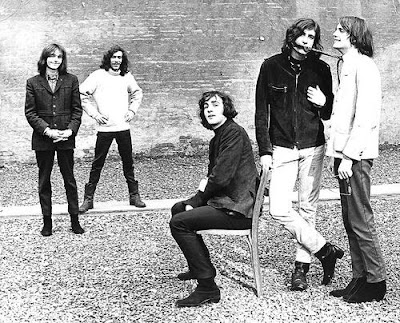 Although they never made it as big as they should have, the various Lothars have all done well in the years since their almost heyday; lead singer John Emelin is active in local Denver politics, and guitarist Kim King went on to be a big deal recording engineer (he did the Live at CBGBs album among others). More pertinently, one of their songs was sampled by The Chemical Brothers in the late 90s, which led to a resurgence of interest in their music; you can read the band's fascinating story, and glom lots more cool stuff, over at their very fine official website.

Oh, and incidentally, as you'll hear, these guys were also indisputably the first genuine synth-pop band. And maybe the best.

You can download "Machines" HERE; as always, if the authorization has expired by the time you get there, just e-mail blah blah.
Posted by steve simels at 12:43 AM

Note to self: Long self-indulgent posts about totally obscure bands that nobody but me gives a shit about might be less popular than expected.
:-)

I always read, Steve, but I don't always comment because sometimes I should just shut the hell up.

I deliberately refrained from commenting & saying thanks for the great tune & great narrative on account of I figured it's going to annoy people if I'm always commenting on every one of your posts.

People are here to read you not moi!

But I read every post you write about every band you write about -- & after i read what ya say about 'em, I do give a shit even if I didn't before. Please do "keep 'em coming, SS."

I was just being difficult, guys.
:-)

Couldn't find a posting of a stage performance. Is there one somewhere?