It Came From Beantown! 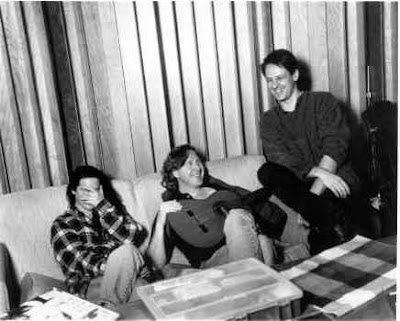 You can download it HERE; as always, if the authorization has expired by the time you get there, just e-mail me and blah blah blah.

Seriously, if you can hear "Creatures" without getting all verklempt, you probably need to have it looked at; it is without doubt the closest thing to an American version of Richard and Linda Thompson any of us is likely to encounter in our lifetimes.

It can also be found on this really terrific CD -- 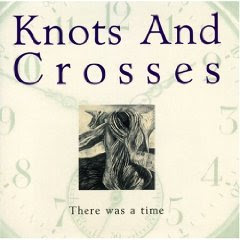 (along with several other splendid songs including an ace cover of Richard and Linda's "Walking on a Wire") -- which is still available over at Amazon; the album is a sort of greatest-hits-that-should-have-been package, complete with fascinating liner notes by singer/guitarist Alan Williams.

Since the band's breakup, K&C lead singer Carol Noonan (the former Mrs. Williams) has gone on to a fascinating solo career as a sort of roots/rock folkie; I particularly recommend her most recent album As Tears Go By, a beautiful mostly acoustic set of smartly chosen 60s covers.

For more information about it, K&C, and Noonan's work with the Stone Mountain Arts Center in Brownfield, Maine, check out her estimable wesbsite. She's a very interesting story, actually.
Posted by steve simels at 12:09 PM

Nice tune! I love me some Richard and Linda.

Not completely in the same vein, but enough to make me think of them, I just picked up the new Green Pajamas record and it's really starting to grow on me. Are you familiar with them?

Ringing a vague bell...should I make myself aware?

OH YES! Check out their wiki at http://en.wikipedia.org/wiki/Kim_the_Waitress. You'll fall in love with them by the end of paragraph 2 if you're not already familiar with Jeff Kelly and Joe Ross.