But not Hangar One. Fortunately.

Orville Davis, the very cool country singer who stars in that commercial, will be playing Mexicali Blues on Friday. A club in beautiful downtown Teaneck, New Jersey. Located, literally, across the street from where I spent the first seventeen years of my life.

I bring all this up for two reasons. First, the great Glen "Bob" Allen [that's him on the right, below], my musical director and bandmate since the late 70s... 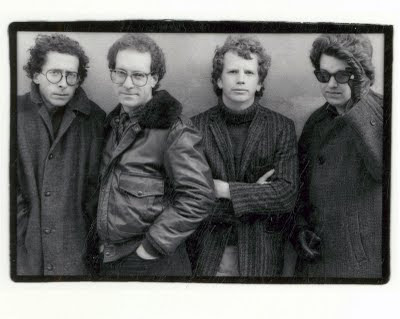 ..is filling in on drums for the evening. If you're in the Jersey area, get over there and give him some love.

But I've also just discovered that in a previous life, Davis was the bass player for the quintessential late 70s hair-metal band Starz. That's him on the right in the photo.

There's a larger meaning in this, I suspect, but I'll be darned if I'm exactly sure what it is.

In any case, you can get Orville's two excellent country albums over here. And should, I think.

As for the vodka, I haven't tasted it yet, but I'm told that people who appreciate such things value it highly.

Update: I just learned, via Wiki, that three of the guys in Starz were previously in Looking Glass, of "Brandy, You're a Fine Girl" fame.

Words fail me, except to reiterate that YouTube remains the greatest research tool since the Library at Alexandria.
Posted by steve simels at 8:58 AM

I had the first Starz album on an 8track tape. Not a bad album at all.

Didn't realize that the band had its roots in "Looking Glass".

Brandy was a fine girl.

The guy who sang it went into advertising, if memory serves.

Richie Ranno from Starz once punched my cousin Vinny in the face. And really? "Brandy?"

Maybe because it wasn't as overplayed...

Looking Glass (whoever they are these days) actually toured near here recently:

Orville first appeared on my radar as bassist in that great southern band, HYDRA, on Capricorn Records in the 70's. "Hydra?", you say.