Moving On Up...to the West Side

And speaking as we were yesterday of The Move, please enjoy said band (Mark II) at the Fillmore West in 1969 with a quite impressive live cover of the greatest hard rock single of said year, "Open My Eyes" by The Nazz. 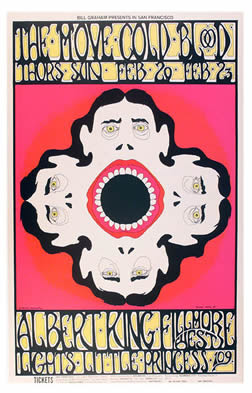 These bastards never played on the East Coast, to my eternal regret. This lineup, from this show, is of course what inspired John Mendelssohn to rave about the band ("the most exciting British live act to debut in 1969") and their subsequent Shazam album in the pages of Rolling Stone, which is where just about everybody of my vintage first heard about Roy Wood and company.
Posted by steve simels at 9:29 AM

what i just said at burning wood: thanks, and don't take a lack of comments for a lack of gratitude. it's mostly just you already said it better.

I love this Move stuff, Steve.

Interestingly, "Utopia" covered "Do Ya" on "Another Live" from 1975. Rundgren mentions in the liner notes to the album that the "Move" covered "Open My Eyes" so "touche".

..."the greatest hard rock single of said year, 'Open My Eyes' by The Nazz."

I know the feeling, toots.

That record is still fresh as paint.

Pretty good cover of a great song...certainly beats the one I hear on my local wifty triple-A station, courtesy of some Hooters and that drip Jeffrey Gaines. Just because it's for charity doesn't make it right, y'know?

It is a good cover, but gawd, it sounds like it was recorded by a Deadhead at the wrong concert and mixed by vandals.

Indeed. I suspect that drum sound is not exactly what Bev had in mind.

Got home and was able to listen to the tune.

Wow. That's outstanding. Love the guitars and the vocals.

Here's the Utopia cover I referred to above: