Well, I just finished that biography of legendary rock critic Paul Nelson [1936 -- 2006] that I raved about in medias res yesterday and it's actually an even better book than I let on. Unfortunately, it's also the most depressing thing I've read in ages, which is to say the downward arc of the last two decades of Nelson's life has scared the shit out of me. Or at the very least made me wonder about certain career choices I've made over the years.

In any case, as I also mentioned yesterday, one of the reasons Nelson deserves a hoisted glass from anybody who's ever hung out here is that during his stint as an A&R guy, he was responsible for signing power pop legends Blue Ash to Mercury Records.

From Everything is an Afterthought: The Life and Writings of Paul Nelson: by Kevin Avery:

The four weeks of recording sessions lasted from mid-February through mid-March of 1973, Paul flying over to Youngstown [Ohio] on Monday and returning home [to Manhattan] on Friday. In addition to cautioning the band never to sequence two songs in the same key next to each other on an album, he gave them a bootlegged tape of an obscure Dylan number called "Dusty Old Fairgrounds" and encouraged them to cover it. Mercury tried to obtain the necessary release from Dylan's publishing company, but they didn't recognize the song and had to forward a copy to Dylan, who confirmed that he had indeed written it. 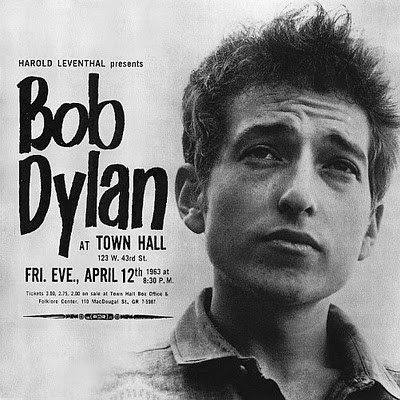 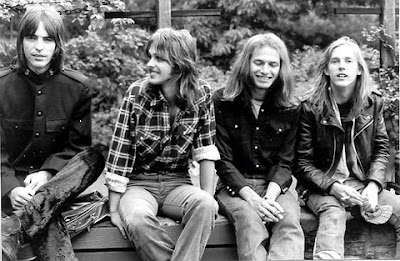 I love both of them, but if truth be told, I'm still unsure what Nelson heard in the Dylan version that made him figure -- correctly, as it turned out -- that it would make a great Who-esque rock track, let alone a good fit for Blue Ash.
Posted by steve simels at 8:40 AM

Note to self: Long dead rock critics and the obscure bands they loved less interesting to readers than hoped.

left field covers of Dylan might have been the rule for a certain set of artists - see Hendrix, or Small Faces/Rod's cover of "Wicked Messenger."

as to rules made to be broken - Steve Earle happily tells the story of how his debut, "Guitar Town," was all written in the same key.

I found it interesting and am glad you posted. I would have liked to have heard a bit more about the "downward arc of the last two decades of Nelson's life," as I was
a fan of his and had wondered where he disappeared to. The last thing I remember seeing of him was his appearance in Scorsese's Dylan film "No Direction Home."

His appearance in the Scorsese film was actually filmed ten years before it was aired.

By the time it did, he was either suffering from Alzheimers, more or less given up on life and his work, or both. Or something else that remains mysterious.

His last years were really painfully sad to read about. And a little close to the bone for me, for obvious reasons.

Back when Blue Ash first came out, I wondered why the heck I hadn't ever heard this great Dylan song before -- I mean, it was too good to be obscure or unreleased. I thought. Now, hearing the original for the first time, I can hear how Blue Ash deepened the melody and thrashed it into something passionate and memorable.

Not much to add, really, other than there's no such thing as too many Blue Ash posts.

Until "No More, No Less" was FINALLY released on CD in 2009, Fairgrounds was only available on CD on the "I Shall Be Unreleased" compilation. Just some trivia.

Another early Dylan photo in which he looks insufferably pompous.

Another early Dylan photo in which he looks insufferably pompous.

i think he borrowed that look (among other things) from Woody Guthrie...

A better Blue Ash cut than "Abracadabra (Have You Seen Her?)" off the 70's volume of Poptopia. Thanks!

Cool. I missed out on Blue Ash back when.

Who knew you'd still be writing about Blue ASH and NO MORE, NO LESS thirty years on?

A great, GREAT album, by the way.