An Early, Northern New Jersey-Centric, Clue to the New Direction!!!

From the fabulous George's Club 20 (in reality, a tiny little dive) in Hackensack, New Jersey -- the Paris of the Tri-State Metro area, and the current home (and childhood neighborhood) of your humble scribe -- please enjoy Jimi Hendrix (doing business as Jimmy James) with Curtis Knight and the Squires, in a spirited performance of "Driving South."

Recorded live, with better sound than you might expect, on the day after Christmas of 1965. 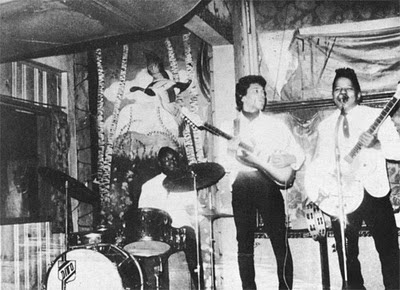 It is perhaps amusing to contemplate that barely a year after this performance was committed to tape Hendrix was a pop star in England on the cusp of becoming one of the most indelible icons of the 60s.

It is also amusing to contemplate the fact that I was Christmas vacationing in the neighborhood on 12-26-65, and had I had a clue who Hendrix was going to be -- or a little more courage about being the only white teenager in a bar on the proverbial wrong side of the tracks -- I could have attended the gig in question.

In any case, a coveted PowerPop No-Prize will be awarded to the first reader who gleans the clip's relevance to the theme of tomorrow's Weekend Listomania.

POSTSCRIPT: George's Club 20 was at the corner of Moore and Bridge Streets in Hackensack, so I took a walk over there yesterday with my new twenty dollar digital camera. Imagine my disappointment at finding that the building no longer exists. 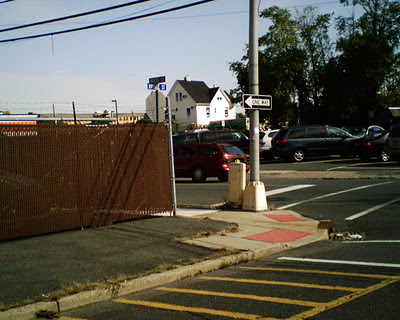 A line from a Joni Mitchell song seems to come to mind, for some reason....

POST-POSCRIPT: The center photo below shows what that corner looked like in 1965. You can't see it in the photo I took, but the house next door is still there, unchanged. 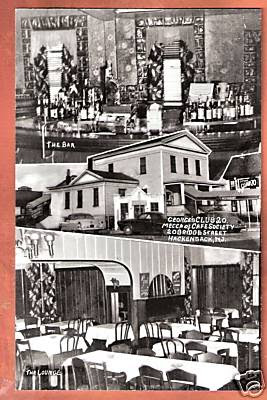 I particularly like that George's is called the "Mecca of Cafe Society."
Posted by steve simels at 12:01 AM

I didn't know until recently that Jimi was the one who named Randy California. Seems there were two Randys playing with Jimi at the time one from Texas and one from California. Jimi referred to the two by their home states and the Spirit guitarist kept the name.

Best/worst songs recorded by those "before they were famous."

No, but that's a good one and I'm going to steal it.

It Escaped From Jersey?
What Were Their Names Before They Were Famous?
Best Worst Christmas Music?
Blues In The Night(Club)?
Best Missed Opportunity?

It's a rather short Listomania comprised entirely of Tommy Keene's "Places That Are Gone?"

I got nothin'. Sal beat me to my guess and it was wrong, anyway.

The clue is in the live track.