Weekend Listomania (Special Got Live If You Don't Want It! Edition)

[EDITOR'S NOTE: Today just happens to be my birthday, and also -- according to the Rev. Harold Camping, whose track record is admittedly less than stellar -- the day the world officially comes to an end. That being the case, to those of you who have already wished me well, I thank you, but assuming the good Reverend is in fact correct this time, I also just want to say that it's been swell knowing all of you. -- S.S.]

Well, it's Friday, and you know what that means. Yes, my Oriental fils de woo hoo! Fah Lo Suee and I are off to...

Okay, all kidding aside, in real life what's actually going on is that a certain shady dame of my acquaintance and I are heading to beautiful Paris, France on Monday. This will be our fourth annual sojourn in the City of Lights; this year, however, we're spending a day in London first, and then taking the Chunnel to the land of the Ignoble Frog. Current plans include having our picture taken at Waterloo Station at sunset, so you might want to check back here on Wednesday for the grisly evidence of my unhealthy obsession with Ray Davies.

In any case, what with packing and last minute stuff, things will probably be a little quiet around here until next week, so here's a (hopefully) amusing little project to help us all wile away the intervening hours:

Worst Live or In Concert Album by a Rock/Pop Artist or Group!!!

No arbitrary rules of any sort, you're welcome very much, and yes, you can include bootlegs if you're so inclined.

5. The Rolling Stones -- Love You Live 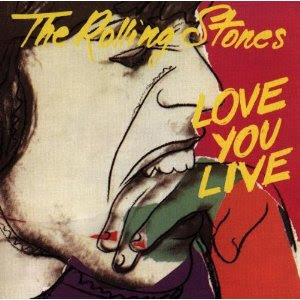 A wonderful club version of Bo Diddley's "Cracking Up" notwithstanding, this was pretty much two LPs worth of total dreck. 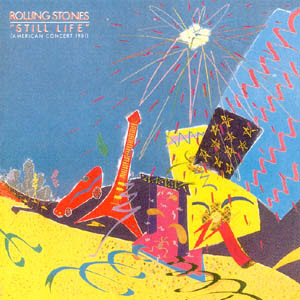 A very bad live album from possibly the worst tour of the Stones' career. 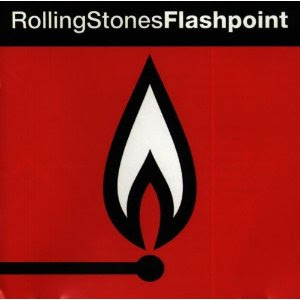 A live document of the Steel Wheels tour, and as professional and uninspired as the album that occasioned it.

2. The Rolling Stones -- No Security 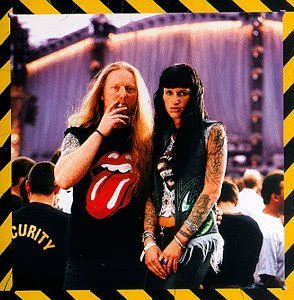 And the Numero Uno art-imitates-life-badly artifact of then all simply has to be... 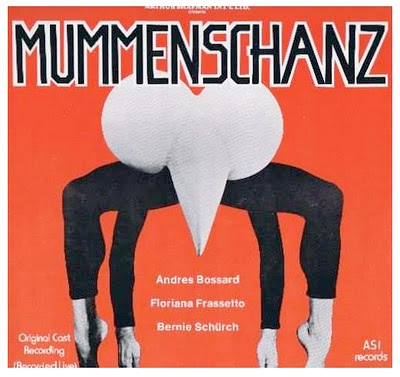 A mime show. Recorded on-stage in 1978. You can check out the track listing over here.

Alrighty then -- what would YOUR choices be?
Posted by steve simels at 12:01 AM

Uriah Heep Live. But then for the most part they sucked in the studio as well.

Deep Purple - Made in Japan. Saw them about a year after that came out and granted it may have been an off night but they were just phoning it in. Completely upstaged by the opening act ELO, just before the release of their second LP.

I always liked "Love You Live," particularly the whole El Mocombo side. But those others? Oy.

I'll vote for Jerry Lee Lewis- Live At The Star Club with the Nahsville Teens as one of greatest and most raucous live shows put to tape.

The El Mocambo side on Love you live is great.

Still Life isn't much, but there's some good stuff on Flashpoint.

haha....i see your points, Steve. The following passage from Christgau's great thrashing of Love You Live made me want to write about music: "Once his slurs teased, made jokes, held out double meanings; now his refusal to pronounce final dentals--the "gooD" and "shoulD" of "Brown Sugar," for example--convey bored, arrogant laziness, as if he can't be bothered hoisting his tongue to the roof of his mouth."

Oh, this one is easy.

Aerosmith -- Live Bootleg: From their waiting-to-get-offstage-and-get-stoned era. I had the misfortune of seeing them during this time and they weren't even phoning it in. Hell, they couldn't have been bothered to lift the telephone receiver.

Queen -- Live Killers: Too much noodling. I think you needed to see that one.

Dire Straits -- Alchemy: One of the most boring concerts I ever saw was DS on the "Brothers In Arms" tour. This LP is a testament to how bad they were live. Pacing, Mr. Knopfler, pacing.

When I was a kid, I loved live albums. Probably because I grew up in a small town and we never got rock concerts. Nowadays, I think they all kinda suck, with a few notable exceptions, like Ya-Yas. Hell, I don't even enjoy "Live At Leeds" anymore. Sue me.

For as much as I love the Monkees, I think "Live 1967" -- while extremely interesting to a fan as an artifact -- is a pretty crappy live album. The 4 disc set is even worse.

I'm torn about KISS "Symphony - Alive IV". It's so over the top, it goes beyond kitsch.

Harrison's "Live in Japan" -- while another interesting artifact -- sounds really lifeless, too.

Here's hoping you have a nice sunset in perfidious Albion. Take a short walk north of Waterloo Station, so you two can also try to get your picture on Waterloo Bridge, over the dirty ol' river.

Even the Dead knew 1976's "Steal Your Face" sucked -- hence the title. A true 'contractual obligation' release, the shame is that the concerts it came from (the October 1974 stand at Winterland) had some real good stuff -- little of which made it to the album.

Remember Joni Mitchells' "Miles of Aisles"? Me neither! Slick and lifeless, a real letdown after "Court and Spark."

Bob Dylan has has as many or more bad live albums as the Stones -- Hard Rain, from the 2nd, or utterly awful, leg of the Rolling Thunder Revue; Real Live from an odd, rather rote, '84 European tour; and Dylan and the Dead, from the under-rehearsed summer '87 shows with the Grateful Dead (for once, not the Dead's fault -- they were all healthy and eager to put together a good show, while Dylan just wanted to sit in the parking lot in his hoodie and brood) -- even so, there were some good performances on the tour, much better represented on bootleg. They should have just released the rehearsals, which were light-hearted and fun.

Happy birthday from one October Twenty-firster to another. Based on today's Listomania looks like I'll be taking a break on my itunes account.

i think flashpoint is okay. no security was really an achievment---worse that still life, something i wouldn't have thought possible. the odd thing is, i've seen them on all the post-81 tours and it sounds good in the arena.

i'll stick up for hard rain, or at least parts of it. bob can be annoying as hell, but that stacatto delviery he used to fuck with the songs on that tour really made for an effective shelter from the storm. i also like that idiot wind and one too many mornings. not a success as an album, but more interesting than any of his other live ones after before the flood.

have a great trip

No love for "Elvis Having Fun On Stage?" "CAN I GET A GLASS OF WATER?"
-bill buckner

I LOVE Lou Reed Live - Take No Prisoners. One of the funniest albums I've ever heard. Just hearing Lou dump on Christgau (then THE rock critic guru at The Village Voice) is worth the price of admission.

And half of Live Peace In Toronto is classic -- and I don't mean side 2!

Never been a big Ya-Ya's (aka The Heroin album) fan. I remember our free form station breathlessly playing each bootleg that came out from that tour and wondering what the fuss was about. "We never really got it on until Detroit?" Really?

Earth Wind & Fire's "Gratitude" was a big letdown for me from their studio albums - it seemed like a transition from funk to a more standard soul sound. Then I moved south and realized it was EVERYONE'S go-to party soundtrack. The phone lines lite up when it comes on.

Now that Gummo has said what I wanted to say about Dylan, NONE of whose official live albums are worth busting the shrink-wrap (I call Manchester '66 a bootleg) all that's left is Humble Pie's Rockin' the Fillmore, the ultimate endless boogie.

Unless you count live albums I refuse to listen to even once, like the Eagles' Hell Freezes Over. And didn't KISS have a live album? Like the Mummenchanz album but with lyrics.

Happy birthday, Steve, and give my regards to old London town.

It's like Dylan as punk rock. Loud, a little sloppy, out of control, raucous...

The version of "One Too Many Mournings" is even better than the one from 1966...

Speaking of the Stones, I'm nominating The Blow Up by Television, in particular their version of Satisfaction with Richard Lloyd going nuts. Maybe I'll treat myself to a CD version some day.

Oops. I nominated Blow Up as a best, not worst. Apologies. Serves me right for doing it while I was on the phone with someone.

Worst? I don't know if disc 1 of "Untitled" is the worst, but it sure wasn't the best of that Byrds lineup. Live in Holland, now that's a good set.

I'm with you, Steve. I loved Hard Rain. I came to Dylan a bit late (when I was 16), and I heard the Hard Rain versions before I heard the Blood on the Tracks versions. Hard Rain actually made me go out and buy the studio albums.

Happy Birthday, Steve. The Faces "Coast to Coast" live album has always been the most disapointing to me considering how great it could have been, and my favorite has always been "Before the Flood", side four in particular.

The Kinks Live at Kelvin Hall and the Live disc from Everybodies in Show Biz.

The Kinks could be one of the best live bands in the world at times but you'd never know it from these two messes.

My ears hurt looking for this video...