Well, it's Friday and you know what that means, Yes, my Oriental fille de boinquage Fah Lo Sue and I are off to...well, I can't tell you just yet, but it involves yet another amazing find here in the Paris of the Tri-State Metro Area. A couple of blocks down the street from The Record King, actually.

I will say that although the address seems to still exist, the establishment that used to be there is long gone. And said establishment once hosted a certain rock star who became world famous a year after he recorded a live album there.

The results of this little archaeological dig will be revealed next week, if all goes well.

In the meantime, because as usual things are going to be a tad quiet around here for a bit, please wile away the idle hours till our return by pondering the following little project:

LP-Era Rock Album Whose Cover Art Has Been Least Well Served by Reduction to CD Size!!!

And my totally top of my head Top Five are: 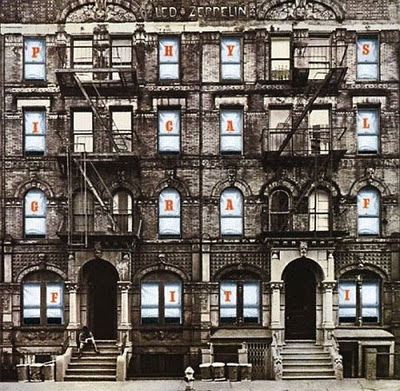 It just doesn't work without the die-cut windows from the LP package. 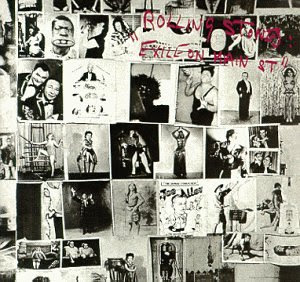 At LP size, this one looked really seedy and surreal. Reduced to a CD, it just looks seedy. 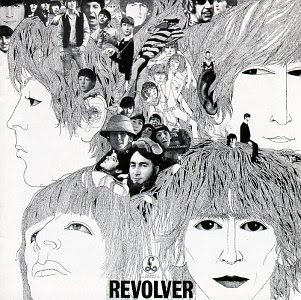 I think I need to have my eyes checked, because I can't make heads or tails out of this one anymore. 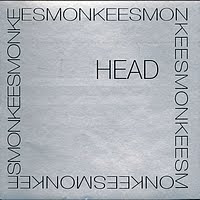 Seen on the LP racks in 1968, the silver foil packaging here was kind of interestingly trippy. As a CD, however, it looks like the cover of a Spinal Tap record.

And the Numero Uno reductio-ad-absurdum sleeve job of them all simply has to be.... I discovered this extremely obscure little slice of vintage folk-psychedelia earlier this year, and I love it dearly, but jeebus -- that cover may have looked charmingly rustic on a 12 inch piece of cardboard, but on CD it just looks like some kid's scribbling.

Alrighty then -- what would YOUR choices be?
Posted by steve simels at 12:05 AM

Talking Heads -- Fear of Music
I miss the textured cover.

I posted Todd's "A Wizard/A True Star" first - then it vanished!

I'll say it before anyone else can - Their Satanic Majesties Request

Sticky Fingers - how do you put a zipper on a CD case?


A big corrugated box, with stains, that takes up four spaces is

A little brown square with a coaster ring on it is

As well as School's Out with the open desk cover motiv.

Elvis Costello: My Aim Is True. You can't read the tiny type "Elvis Is King" background

The Beatles (aka the White Album). The embossed cover replaced by black type (which may have been done with later lps)

I'll second Todd Rundgren's "A Wizard, A True Star". I found the vinyl for the first time a couple weeks ago and almost bought it simply for the album art. Its so over the top, what's not to like?

JEFFERSON AIRPLANE "After Bathing At Baxter's" : The inner sleeve was a wigged-out board game. Wouldn't work shrunk down to cd size. Plus the distorted photos of the band on the gatefold scared the crap out of me as a young'un. I'm guessing I would have been a little less creeped out if the photo was 5x5.

Lp-Era Rock album Whose Cover Art Has Been Least Well Served by Reduction to CD Size!!!

Not sure if it's on CD, but Grand Funk's "Shining On" (also produced by Todd) would certainly lose a lot in the translation... and I mentioned Traffic's "Low Spark of..." in one of my "disappeared" posts.

Grand Funk's "E Pluribus Funk" should be round! (Ditto for die cut covers like Faces, Traffic and The Motors had.)

How about The Bee Gees Odessa LP. Ahhh, that red felt cover. No felt on the CD. Oh and, Sweet, Give us A Wink. No moving eyes on the small disc.

Somebody else remembers The Motors? Only on a site called "Power Pop".
It's not technically cover art, but the posters that used to be packed in with many LPs never work well as palm sized prints.

Speaking of Jefferson Airplane, the LP cover for Long John Silver could be converted into a stash box, complete with a photo of some mighty plump buds on the inside. CD FAIL.

Fun story: when I bought a vinyl copy of Black Vinyl Shoes several years ago, I gingerly opened the 30 year old package and slid out the insert, sticker, t-shirt transfer, etc. My daughter asked "Why don't CDs come with all this cool stuff?" I didn't have an answer.

By saying "All of Them" I missed the opportunity to single out "Fearless" by Family.

Sounds very interesting! I will check this out!

I nominate NRBQ's LP "At Yankee Stadium". One was supposed to be able to see the band sitting in the grandstand. To make it worse, Mercury added a thick blue border which makes the cover art even smaller