I've been a fan of the Criterion Collection's deluxe video versions of interesting and important films from the beginning. And I mean that literally; back in 1984, when I was toiling at the late lamented VIDEO REVIEW magazine, I reviewed Criterion's first two laserdisc box sets, Citizen Kane and King Kong, which featured all sorts of bonus materials (trailers, commentaries, documentaries, alternate endings, deleted scenes, et cetera) and which established the special edition format that has since become the standard for DVD (and now Blu-ray).

In any case, herewith some musings on a bunch of the most recent Criterion releases; I should add that each of them would make an appropriate (and doubtless highly appreciated) Christmas gift for any film buffs on your list. Also, they can all be ordered (or pre-ordered) over at Amazon or at the Criterion website. 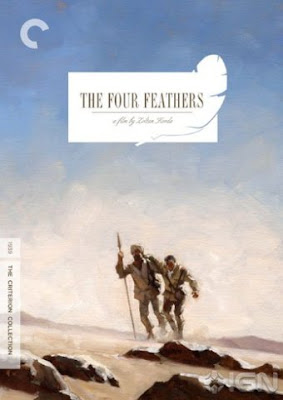 Stiff-upper-lip British colonials in the desert adventure epics don't get any better, and with the possible exception of Lawrence of Arabia, they don't get any more visually stunning either. In any case, this is one is world's better than the 2002 remake with Kate Hudson, thanks to a great ensemble cast of actual Brits (including Ralph Richardson and C. Aubrey Smith) and luscious Technicolor photography by Blood of a Poet cinematographer Georges Périnal. The new transfer is suitably eye-popping, and bonuses include a recent interview with Korda's son plus the original theatrical trailer and a short film featuring his old man at work on TFF's set. 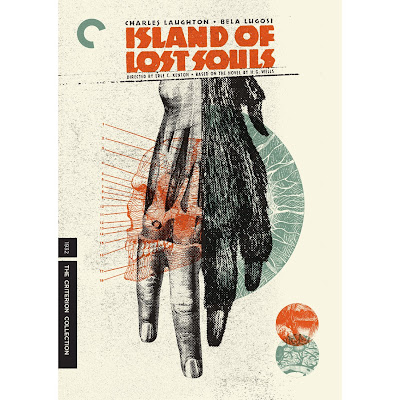 Charles Laughton hamming it up in an ice cream suit, Bela Lugosi (all but unrecognizable as the hirsute Speaker of the Law) asking the immortal question "Are we not men?" and some of the most disturbing and believable monster makeup ever photographed add up to perhaps the best American horror film of the 30s that wasn't made at Universal. Criterion's pleasingly crisp new transfer includes some pre-code dialogue scenes that were censored in subsequent re-releases over the years, and you also get an interesting discussion between American Werewolf in London director John Landis and make-up master Rick Baker. 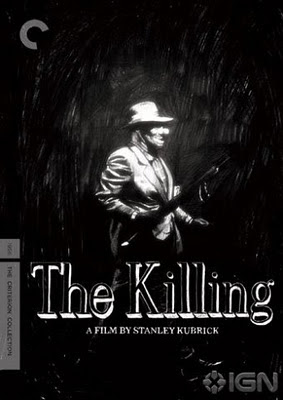 Kubrick's peerless film noir racetrack heist, a B-movie that transcended its genre, was the commercial breakthrough that put him on the Hollywood map and it's still as taut and suspenseful as ever. Co-written with genius pulp novelist Jim Thompson, and with a dream cast including Sterling Hayden, Elisha Cook Jr. as a sap of a small time crook and Marie Windsor (in the role she was born to play) as the Jezebel/moll who sells him out. Bonuses include excerpts from a French TV interview with Hayden, and -- worth the price of the set all by itself -- a restored high-def digital transfer of Kubrick's somewhat artier 1955 noir Killer's Kiss. 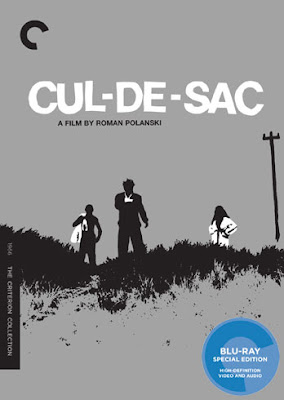 Polanski's second English language film (and perhaps still his most perversely original) is a one-of-a-kind mashup of film noir crime flick and black comedy of the sexes, with Donald Pleasance (the most neurotic looking actor since Colin Clive) pitted against gravel-voiced (and then blacklisted) vulgarian tough guy Lionel Stander in a weird menage a trois with Francois Dorleac (in real life, Catherine Deneuve's younger and even more ethereally lovely sister). Weirdly funny and suspenseful stuff; Criterion's new high-def widescreen digital transfer comes blessed by Polanski himself, and there's a 2003 making-of documentary and a TV interview with the director from 1967 as bonuses. 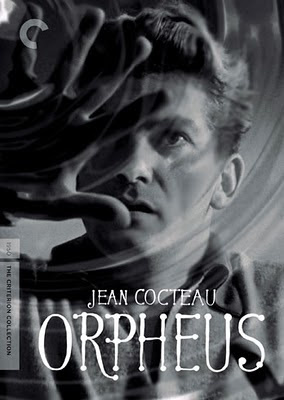 Cocteau's gorgeous re-imagining of the Greek myth as a mix of apocalyptic sci-fi (those black riders on the motor-cyles rock!), pretentious post-war Left Bank Existential reverie and big-budget surrealist F/X film. And worth seeing if only for the reverent way cinematographer Nicholas Hayer's camera lingers on star Jean Marais, a French icon who (in David Thomson's immortal phrase) is perhaps the most fatuously good-looking slab of beef in movie history. Criterion's new digital restoration is sharp as a woodcut; engrossing bonuses include the original theatrical trailer, a documentary on Cocteau, and a 1957 film interview with the great man himself.

I have The Killing and Cul-de-Sac waiting at home for me to watch again, and I'm anxious to check out Island of Lost Souls. And I can't remember which of Cocteau's Trilogy I've seen.

Firstly I have to say that my English is horrible so maybe you don't understand me.

I start reading your Blog and I like it very much.

I started writing my own blog today and I invited you to visit it because I start with some retro pictures about some famous films. I´m going to put some more pictures this week so if you like it visit my Blog please!

Any film with Sterling Hayden and Timothy Carey is alright by me.

Just checked and your right -- Catherine is the younger sister.