There'll Always Be an England!!!

No Listomania this week -- I'm on vacation in Paris, for heaven's sake.

Fear not, however -- the list will return next Friday, all tanned, rested and ready after five days of croissants and heavy sauces.

But in the meantime I thought I'd share a bit more from last Monday and Tuesday's sojourn to London. 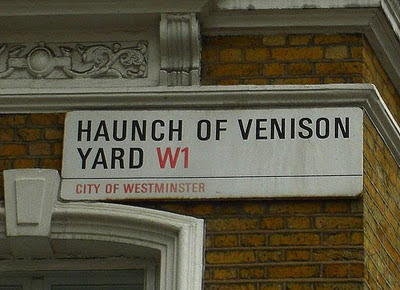 This is the high rent district, apparently.

And then there was this charming establishment, which a certain shady dame and I discovered near the house where Jimi Hendrix and George Frideric Handel once lived (at different times, obviously). 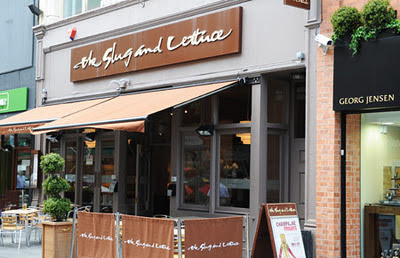 Imagine my amazement when a Google search revealed that it is not, alas, a local aberration, but rather one of 80 similarly titled pubs in the UK. Predominantly situated in London, South East England and the Midlands, but also elsewhere in England, Scotland, Wales and the Isle of Man

Even more alarmingly, I discovered that "4,843 people like The Slug and Lettuce" on Facebook as of this writing.

You know, some days it seems more and more improbable that this was the nation that in the 19th century actually bestrode the narrow world like a collossus.
Posted by steve simels at 3:33 AM

Good lord -- one of our frequent commenters informs me she has actually eaten at a Slug and Lettuce and that "it's not bad for a chain."

I saw one in Cirencester, bur ate elsewhere. How could you order a salad without making some sort of "hold the slugs" request.