The Terry Reid original of that cult fave song we were discussing yesterday, from his second album (1969) 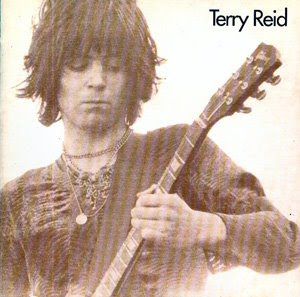 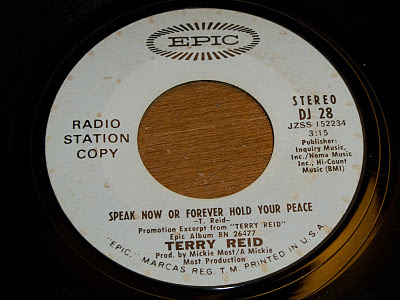 I still say Reid's version is a) better than the Cheap Trick cover, which I think is bloated and misguided, but b) not as good as the Christopher Milk remake, which has much cooler guitar stuff and much more of a power pop sensibility in terms of the production.
Posted by steve simels at 9:21 AM

I'm not familiar with Milk's story (it's still on my list of intriguing-stories-I'll-get-around-to-after-I-alphabetize-my-LPs) so perhaps that's why his version/production isn't "speaking" to me (wokka, wokka) as much as his version does to you. Now granted, I only now just heard it in glorious Youtube-HiFi-Surround-Sound. And it doesn't help that I'm the biggest T. Reid fan on my block.

Cheap Trick gets hep-cat credit for knowing & covering the song, but their version doesn't do much for me either. (Kinda like their Move covers.) I heard CM's version first (WAY back when) then sought out the Terry Reid original, which is one of my favorite tracks ever.

still the best version, imo. thank God for Mickie Most! :-)

Reid did a short American tour in September 2010, and my wife and I saw him -- with an accompanying guitarist -- at Union Hall in Brooklyn (the Paris of New York City, and the Manhattan of all the outer boroughs). I've followed Reid from the first two albums you note through his quieter and folky-bluesy albums, such as The River and Seed of Memory.

In person, he was funny as hell, a real storyteller, and there were moments when his voice cut through the 40+ years and delivered that original brilliance that made Reid important to me in 1968 and 1969.

At Union Hall -- a small club -- there were maybe 50 people, tops. And Reid was wonderful.