Songs I Wish I'd Played Live in a Band (A Mini-Series): Part Three -- For What It's Worth, That Quote From "Day Tripper" is Pretty Funny

From 1966, please enjoy the incomparable Buffalo Springfield and the unfairly overlooked pop-psych gem that is "Baby Don't Scold Me."

In stereo, as nature intended. 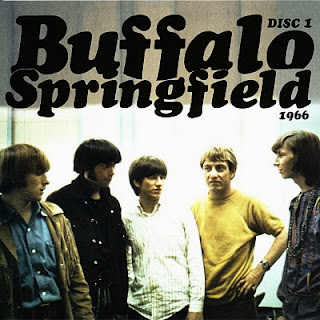 This was on the original pressing of the Springfield's 1966 debut LP; when "For What It's Worth" went Top 10, ATCO hurriedly re-pressed the album with the hit in its place. The mp3 is from a vinyl transfer; the stereo mix, alas, has never been on CD (the version that finally surfaced on the Springfield box set a few years ago is the mono). I think the stereo is a lot more vivid, but on the other hand, having it in two-channel means you can really hear how sloppy the production is.

I'd loved the song (one of Stephen Stills' best, and kind of proto-power pop, I think) since forever, and I actually tried to interest the guys in The Floor Models in working it up fairly early on. Unfortunately, the only copy I had of it was a wobbly old cassette my friend and colleague Todd Everett had taped for me in the early 70s, the woeful sound quality of which may have been why I was ultimately unsuccessful in pitching the tune. In any case, we wound up covering "Go and Say Goodbye" instead, which was okay by me, obviously.

Not familiar with this one. It's got that great BS sound, but it's missing that definitive musical or lyrical hook that would focus it into a bona fide hit.

Still, were there any truly "bad" BS songs? I can't think of any offhand.

"Go and Say Goodbye" was a better choice.

In retrospect, I would have gone with "Go and say Goodbye" or the positively sizzling (and more obscure, which makes it cooler) "Leave."

I have the album with "Baby Don't Scold Me" on it (in mono, of course). It's in excellent shape, too. One of my top-three Goodwill buys back in the day; think I paid $1.98 for it. (I've been waiting years to brag about that to someone. Thanks!)