Total Destruction to Your Mind.

So I was reading a profile in last week's Sunday New York Times magazine of Nicolas Jaar, a young techno-dance music auteur who apparently today's kids think is just the bees knees, when the following passage sort of jumped out and bit me on the nose.

When Nicolas Jaar was 17, he e-mailed a piece of electronic music, which he made on his laptop, to a record label in Brooklyn. He’d heard an interview with the owner of the label, Wolf + Lamb, who was going on about house music and “elasticity.” Jaar felt he knew exactly what the guy was talking about. Wolf + Lamb agreed to put out Jaar’s first E.P. and invited him to perform at a somewhat sketchy space called the Marcy Hotel in Williamsburg. At the time, Jaar was a senior at the Lycée Français on Manhattan’s Upper East Side.

So on the evening before the last day of school, he went to his family’s apartment in SoHo, changed out of his school uniform, took the subway to Brooklyn and played a set that ran strongly against the grain of the techno of the time. Back then, Jaar says, everything D.J.’s were playing was 128 beats per minute. The stuff he was doing was almost half that speed, with improvised piano haunting the tracks. And it really resonated with the crowd at the Marcy, which happened to be quite high. “Everybody was on ketamine,” Jaar recalls. “They all kept coming up to me and telling me how amazing my music was.” 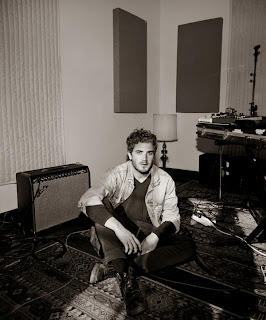 You know, that techno-dance stuff is not my cup of tea, but I have no doubt its as valid as any other genre, and I had every intention of checking the kid's stuff out when I started reading the piece.

That said, I've come to the conclusion I really don't need to listen any music that sounds particularly good when you're on horse tranquilizers.

Thank you.
Posted by steve simels at 8:09 AM

Hey you kids! Get your rave off my lawn!!

On the plus side, it did remind me of this obscure track from a South African band name Ketamine (that is no longer). Whose lead singer (woman) had a kick ass voice.

At least he kept them awake.

Like other drugs of its class, such as tiletamine and phencyclidine (PCP), ketamine induces a state referred to as "dissociative anesthesia"[3] and is used as a recreational drug.

Not to derail this thread (honest) -- but before your last computer problems, you were going to talk about the new Richard X. Heyman album.

Are you still planning on doing that?

As soon as I get back from a long overdue vacation, which will be first of next month.

I'm planning to stop slacking for the rest of the year.:-)

Plenty of people will tell you the Grateful Dead were better on acid. Bullshit then, bullshit now.

I'm the "beat" guy in The Smoove Sailor's when the drummer can't make it. The default BPM on my machines are all around 125. I like to slow them down to 33-55 BPM. At that speed they often swing, and we play ambient Dub over it.

I went to my hair salon today, and they were having a party tonight. To get in the mood, all they were playing was techno dance music. When I heard the techno version of U2's "Pride" I wanted to stick the straightening iron in my ears.

I was hoping it was a Swamp Dogg piece...