Compare and Contrast: Let Us Now Praise a Famous Ode to a Highway Written By the Guy From Emergency! Who Was Also Married to Julie London

I refer, of course, to Bobby Troup's "Route 66" -- the only song to have been recorded by Nat King Cole, The Rolling Stones AND Depeche Mode. And a song that, as those who know me best are aware, looms particularly large in my legend (both as listener and occasional performer. That last, of course, is a subject for another time).

In any case, "Route 66" has probably inspired more really good covers than any other comparable number in the history of what Casey Kasem refers to as the Rock Era. That being the case, here are two I particularly like, submitted for your listening pleasure.

From 1965, please enjoy the angry young Them (seriously -- that was the name of the album, The Angry Young Them), featuring the dimunitive Van Morrison, and their charmingly snarly version. With an amazing piano part, which I stole early and often. 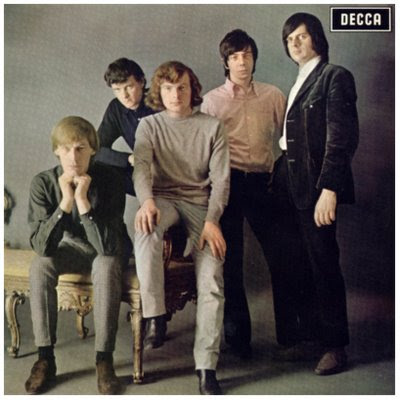 And from 1977 and one of the great live bootlegs of all time, dig Tom Petty and the Heartbreakers on KSAN-FM radio with their authoritative take on the tune. 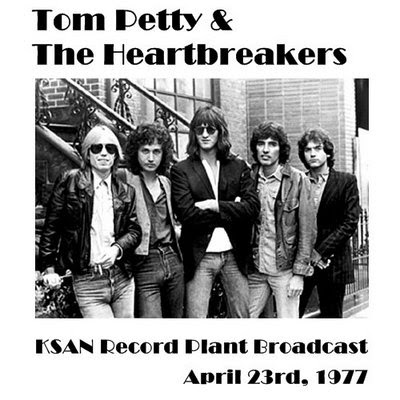 The above mentioned bootleg, by the way, is absolutely brilliant from stem to stern. For my money, it was recorded on an evening when TP and company were pretty clearly the greatest rock 'n' roll band in the world, but that too is a subject for another time.
Posted by steve simels at 12:01 AM

What! No Rolling Stones. I know it's a little obvious but what the hey.

I'm holding in my hand (ok, it's sitting on my lap as I type) right now a 78rpm version of Route 66 by Bing Crosby and the Andrew Sisters with Vic Schoen and His Orchestra.

I've never actually played it, but I do have it;>

Van sounds very similar to Mick on this song. Or is it the other way around?

Hard to tell. All the Brit r&b bands did the same set of covers, essentially.

I'm partial to The Long Ryders' version from their posthumous all-covers album "Metallic B.O.". (And firmly believe that "66" - like "6 Days On The Road" - is one of those rare songs that there are NO bad versions of.)
Bobby Troup - Songwriter, "Emergency" actor, husband of Julie London. Was there ANYTHING that he could't do? - bill buckner

Is that the broadcast with a song about Jaguars and Thunderbird Fords? It is good, but did anyone ever tell you that you are given to hyperbole, Steve?

There are apparently a lot of versions of this song, including one by John Mayer for the soundtrack of "Cars" (and no, I didn't listen to it!).

a song about Jaguars and Thunderbird Fords

When I was a radio program director, working in some rural backwater, I had a DJ who pronounced the word ROWT.
It bugged me, and so I said, look, you know the song doesn't go "get your kicks on Rowt 66 - say it right."

Later, I heard Troup's original version, the first time he gets to the chorus, sure enough..."Rowt 66".

That Petty version is killer.

did anyone ever tell you that you are given to hyperbole, Steve?


You just noticed?
Actually, although I'm usually being deliberately over the top with the superlatives around here, in the case of that Petty bootleg I'm not. The Heartbreakers live, back then, were on a good night the greatest rock band in the world. That show was a good night. So was one I saw in NYC in a club around the same time.

Hell, I saw Petty at the Spectrum in Philly, and he pretty much turned it into his living room. It was fantastic.

Interesting that both Van the Man and Tom flub the same line -- "Kingman, Barstow, San Bernardino". Mick didn't get it right either, which suggests that both these guys copied the Stones version, and never really listened to Nat King Cole's.

If you haven't heard it, give a listen to Buckwheat Zydeco's version, it's worth it IMHO: