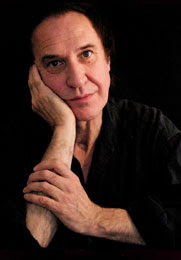 Well, I spent last night in the company of the man himself and several hundred close friends: it's a theater I know well, being an old techie. It seats about 1500 people, and it wasn't full. Still, for a Tuesday night in the provinces, it was a respectable showing. But it was rather heavy in the I-used-to-be-a-rocker-but-now-I'm-a-shift-manager-but-I'm-going-to-wedge-myself-into-this-too-tight-t-shirt-and-get-drunk-in-public-anyway contingent: somewhat humorous, given that they were treating the local opera venue as though it were a shitty bar. Well, I guess they were paying opera prices to do it.

I went with my eldest brother, who is, in a very direct way, the reason for this blog: he schooled me from birth in the Beatles, the Stones, and the Kinks. Some of my earliest memories involve him and the music he played for me: for example, the first time I realized that people could share names is when I figured out--I couldn't have been more than 2 or 3--that my brother's name was Paul, and so was Paul McCartney's.

The opening act was The 88, a name which meant nothing to me until they happened across a song of theirs I actually knew, Coming Home. Paul tells me the song in some movie soundtrack, and they were good: energetic and tight and unswayed by the drunken impolite crowd.

But there's a special circle of hell for bad sound guys. It was muddy and low-endy, and not the band's fault at all. The low end was so overwhelming that the toms were a tactile experience: and we were halfway back. I can only imagine what the shift managers in the front felt. Musta bounced some of those women right out of their spanx.

But when Davies played: oh, it was a different matter altogether.

Part of that is just technical. The majority of the set was just he and Irish guitarist Bill Shanley, who does with a guitar what Neko Case does with a voice: you just kinda drop your jaw and watch. (Toward the end of the acoustic set, Shanley was playing some complicated picky thing, and I noticed that he was actually playing with a broken string, but damned if you could tell.) Davies switched off between two acoustic guitars; Shanley between an acoustic and an electric.

The bulk of the show was just the two of them: it appears to have been based on the Storytellers series--he read briefly from his book and told lots of background stories to the songs--but while the low-end issue was no real concern during the acoustic playing, it did grievously handicap the banter, which you had to strain to hear.

Davies played twenty-five songs, well over an hour of acoustic, and the audience was encouraged, expected, cajoled, to sing along, sent back to do it again if he wasn't pleased with the result. Not that anyone minded: most people were singing along anyway, but it was a little odd. I don't think I've ever been to a show where the performer quite so obviously expected that we ought to be that well-versed in his catalog. It worked: he had that crowd, so unruly for his openers, eating out of the palm of his hand.

And just as I assumed that he was finishing up, the upstage curtain opened, and there were The 88, and together they ripped through another five songs with a full band--and the same sound problems--but it was smoking.

Davies is a treasure--the fact that he's performing (even graciously dedicating songs to his brother ("Two Sisters") and the late Doug Fieger ("The Hard Way"). After all this time, it's no surprise that he's a consummate showman, possessing the rare gift of making even a crowd of drunk shift managers in the provinces feel that he connects with them. Verdict: quite a night.
Posted by NYMary at 7:10 AM

Lovely piece -- wish I'd been there.

Seriously, why he isn't Sir Ray at this point is beyond me. I mean, they knighted that talentless hack Andrew Lloyd-Weber fifteen years ago, but Davies is still a commoner?

Wonderful review Mary. I saw him on the "Storytellers" tour back in 96? or so. By the time he ended his set with "Days", I was bawling like a little baby.

Sounds like a seriously good time. So glad you got to go.

Steve, Ray Davies' nobility comes from within, not from Windsor.

I too saw Ray on the Storytellers tour. Most of the material he played was from 64-72, but all of it was fresh and touching; the man himself was funny, smart, proud & self-deprecating at the same time.

But there is NO excuse for bad sound in 2010, for cryin' out loud; even the most modest venue should be able to afford a clean vibrant sound system these days.

The Ray Davies piece from the February 25, 2008 "New Yorker", in which he mentions a certain watering hole on the upper west side ...

Anyway, I saw him back in 1997 at the McCarter Theater in Princeton ... one of the best shows I've ever been to. He's just terrific, any way you look at it.

Hi Mary,
thanks for this post, as others have said, it's wonderful. It was a nice bright spot in my morning, AND made me jealous at the same time!

BG, thanks for the link to that article. It's amazing how many of the great and not-so-great are, or have been at some time in their lives, New Yorkers.

BTW, Tip Top Shoes is still there and still a great shoe store.

Great post. We're seeing Ray this coming Friday night in another northern blue collar burg that lost it's way 30 some years ago.

Could you not have reviewed the show without insulting the audience as "drunk shift managers in the provinces"? Just an idea.

Hey, I'd have made them different if I could have.

I should clarify: I have nothing against drunkenness particularly: it is a state I have been known to seek, on occasion. But as noted, this was in the local opera venue, with enforced closeness with other people, and it was pretty clear that many, if not most, were unclear on the distinction between that and a bar. At the break, I saw people buying four beers at a time, for themselves. (The line was long: I watched one guy sit there and drink them, one after another.)

People were obviously drunk and actively nasty to the openers, and screeching and hollering throughout Davies' set, even during parts of the show obviously designed to be listened to--the Storytellers stuff. When he's reading from his book and you're screeching "Lola!" from the side of the house, he's not wrong and I'm not wrong: you are.

In terms of class: well, whatever. If some of these people were tax attorneys, they weren't acting like it. My companion, my brother, was seated next to me: we has worked in the same imminently-closing factory for nearly 40 years. But he didn't seem to feel the need to interrupt the singer, or hold up stadium-style handmade signs. Much of the crowd was fine, but the sound problems were exacerbated be the drunk-asshole problems.

Tuesday's show was NOTHING like the Friday show in Scranton. The Cultural Center allowed people to bring their beers right to their seats, and it was $3 Yuengling night. They'd bring 3 beers each and then go back for more.

My point was - why go after the audience? At least they were there and cared about the show. Would you rather have had even fewer people show up and the venue being less than 2/3 full?

Also, your reference to "the provinces" is elitist and condescending. I would make that different if I could, but I can't.

Lookee here...I can get drunk any day of the week but how often do you get to see Ray Davies? Then the yobs can't hold their water & get up to piss every 5 minutes. NyMary has every right to talk about the drunken louts in the provinces...

The sound system in Hartford at the show last Saturday sucked as well. Great show especially with the inclusion of "Two Sisters" which I had not heard live before.

I am all for drunken louts as long as I can hear the banter and the music and as long as the louts can detect the irony of their drunken and insistent requests that Ray sing "Alcohol".

Ray Davies is a treasure. May he continue to write and tour; I will listen, attend all of the shows I can, and be very entertained by this most brilliant master of sentience, sentiment, sarcasm and the kind of rock and roll that feels closer to religion than anything else I have ever known.

Here's my homage to both your spot-on review and to Ray himself.

Julie, hear, hear. What was the venue? In our case, I was kind of idly wondering, as a former sound person, if the problem was that they had a pretty meaty sound system in a house designed for subtler acoustics. It was theater seating, so the sound guys were way in the back, and because of the rake in the theater, well above my head: I wonder if that was the issue?

Also, your reference to "the provinces" is elitist and condescending. I would make that different if I could, but I can't.

It's, ummm, my hometown. I've lived here the vast majority of my life. But living in the provinces doesn't have to make you provincial. That's a choice, as is taking offense.

Glad to hear that things were even worse in Scranton.

Just a question, Mary: How many live shows do you attend these days?

Not that it'a germane to this discussion, but: the last one was maybe three weeks ago, in NYC--a bunch of very cool singer-songwriters, and nary a drunk asshole in sight. Both Kelley Ryan and Maura Kennedy: highly recommended. A Descendents reunion show I had tix for was canceled at the last minute in January. That had high drunk asshole potential, but then it would have been at a club in Brooklyn--natural habitat. In the last couple of years I've seen both the New Pornographers and Fountains of Wayne a few times each.

Look, I'm sorry you're offended, but the crowd *was* a problem, and not just for me. Davies deserved better.

Hey, I was just asking. But just to be clear, I doubt a pop-folkie like Maura Kennedy or hipsters like the New Pornographers and Fountains of Wayne attract the same kinds of fans as a Kinks/Davies show. That was my point.

Here's really the thing for me: I'm sorry if a few drunk assholes around you made the show unpleasant - but you made a hell of a lot of assumptions about people, and there was no reason to paint everyone who was there with the same brush. A lot of us really were there for the music.

Ray was actually named a Commander or CBE by the Queen in 2004 which stinks because it's 2 steps down from a Knight. So we'll have to suffer with "Sir" Elton John but no Sir Ray Davies.