It's Only January, But This is Already the Reissue of the Year!

From the very first year of the lamentable 1970s, and the solo album that sold five or six copies in his hometown alone, please enjoy the amazing Ron Nagle and his kick-ass ironic (or is it?) anti-drug anthem "Marijuana Hell." 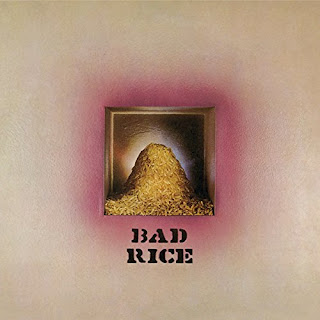 Although not, alas, a household word, Nagle's nonetheless a really interesting guy. A member of terrific first generation San Francisco band The Mystery Trend (click over HERE to hear one of their songs)... 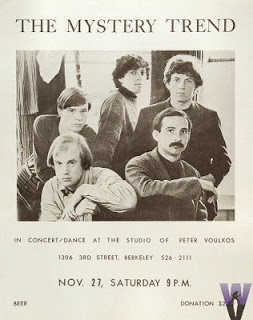 ...he went on to a serious career as a producer and songwriter (for John Hiatt and Barbra Streisand, among a horde of others) while at the same time pursuing a totally separate life as one of the most important abstract expressionist ceramic sculptors in the country. 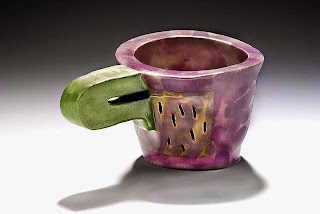 In any case, "Marijuana Hell" is just a great rock-and-roll record, and the rest of Bad Rice, which I had on LP back in the day (thanks to being on the Warner Bros. mailing list when I was rock crit for my college paper), is almost as good; it's an album that clearly deserves its cult reputation. BTW, the great Jack Nitzsche produced, and Ry Cooder is all over it on slide guitar (including on "Marijuana Hell" itself).

I first wrote most of the above in 2010, when I found a clean copy of Bad Rice ripped from the original vinyl (which was long out of print at the time) over at some download site I was frequenting. However, I am delighted to announce that the good folks at Ominvore Recordings will be releasing a remastered and expanded two-disc CD version of the album on January 27; the sound -- which was always good -- is noticeably improved, and the set comes with all sorts of interesting outtakes and other Nagle rarities, as well as a fantastic set of liner notes by first generation Rolling Stone critic Gene Sculatti. In short, a great album just got better.

Needless to say, this behooves behearing; pre-order it at Amazon over HERE. You'll thank me.

That is by far the best song on that album.

I believe Ron is at least partially responsible for This Duroc's contribution to "More Oar":

Ron Nagle was half of the Durocs, who released only one excellent power pop album that I haven't listened to in a long time.

"Marijuana Hell" actually got a bit of airplay on underground FM out here circa the time of its release which, if memory serves me correct, was January of 1971. I picked it up as a cheap used promo at Aron's Records the same time I scored the first, and best, Little Feat LP, which also featured Ry Cooder a bit (and in much better form).

Is the creepy looking dude with the missing tooth on the cover Nagle? Yikes, if it is.

Marijuana Hell was co-written with ex-Sandals, John Blakeley, who also deserves credit for his fine guitar work on the Bad Rice LP.

In the 1990's Blakeley lived next door to a couple I knew in San Francisco that used to do short "art" films. He was a hell of a nice guy and loved it that I knew a bit about his career. Stoneground's "Total Destruction To Your Mind" always knocked me out, as did Endless Summer. He operated a recording studio during that brief time that my friends were using me in their rather odd films.

Is it just my filthy mind, or does Nagle have a song about a bar dancer who can pick up the dollars and change from the stage without using her hands, feet or mouth. Check out "Family Style."

I used to shop at Aaron's!

Don't Touch Me There was one of his too. Memorable in concert when the Tubes segued it into Mondo Bondage.

BBJ: Aron's was best when it was on Melrose across from Fairfax High School. It gradually lost its luster when it moved to Highland.

Oh, and then there's this early take of 61 Clay:

Vickie Rock - Even though he was an ass, bummer about Kim Fowley.

P.S. Saw James Williamson last Friday. Didn't expect much, but it turned out to be rockin'. Best thing I've seen so far this year. Just re-listened to it to verify. To give you an idea, here's the setlist, if you care: