It's Weasels Week: Part II -- A Journal of the Plague Year

From 2015 -- and a cramped attic studio somewhere in the wilds of upstate New Jersey -- please enjoy my old high school garage band The Weasels... 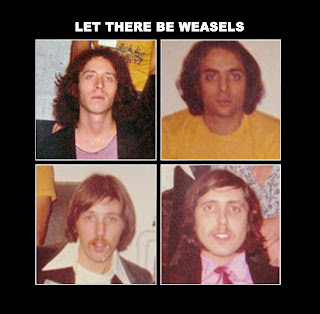 ...and "Trying to Be Good (So Bad)," the third of four songs from their forthcoming indie EP crime against nature -- the aptly titled Let There Be Weasels.

That's written and sung by my musical director for the last fifty years, fellow Teaneck High School alumnus Allan Weissman; Al sings lead and plays acoustic guitar and bass on the track, and everything else is courtesy of our producer and fellow Weasel Glenn Leeds. I think it's a great song, but to put it in historical perspective, here's Al's first foray -- from 1965 -- into a professional recording studio with "The Loss is Mine," a song that he also wrote and sings on (we were doing business at the time as The Plagues.) 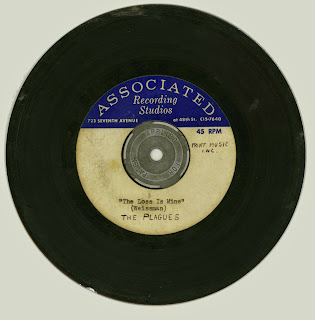 You can read the amazing story behind that song over HERE. And I should add that I'm on keyboards, and that the drummer is Oscar-winning film composer Alan Silvestri.

In any case, despite the five decades that separate the two songs, I think it's obvious -- Al is without question the master of the moody, minor-key, mid-tempo melodic pop/rock song.

Coming tomorrow: Another LTBW track, but one with a far greater level of self-confidence.

I refuse to comment on principle, since I wasn't allowed to be on the track. And if you Steve weren't such a suck-up, you'd do the same.