From 2015 -- and a cramped attic studio somewhere in the wilds of upstate New Jersey -- please enjoy my old high school garage band The Weasels... ... and "Everybody Danced," the concluding song, featuring a vocalist whose name rhymes with Sleeve Nimels, from their forthcoming indie EP crime against nature -- the aptly titled Let There Be Weasels.

The concept for the EP -- developed retroactively, but developed none the less -- was that there would be four songs, with each member of the band fronting one of them. Since I couldn't write a song if you held a gun to my head, however, I decided to cover a tune by an old friend of mine from my Greenwich Village band days named Peter Spencer. I've always loved the song, but I also always heard it as a little bit more of an aggressive rocker than Peter did; the arrangement idea here was to mate the 1965 Byrds with the Rolling Stones circa "Street Fighting Man" (with what success I leave it for you to judge). In any case, I'm doing the aforementioned inadequate lead vocal, the two open-G tuning Keith Richards-style electric guitars, and the descending 12-string line at the end of the breakdown; everything else is by the guys in the Weasels -- bassist Allan Weissman, rhythm guitar and vocalist Jai "Guru" Dave Hawxwell (it is he doing the rest of the McGuinn-esque 12-string riffs), and our producer Glenn Leeds (who programmed the drums and does the great imitation of Nicky Hopkins on the fadeout), who graciously supported me in this folly.

I've appended Pete's folkie version as a bonus, because it really slays me... 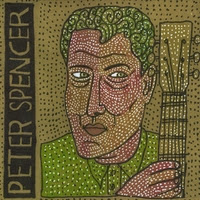 ...and also because I love the CD it derives from. The title -- 1896 -- refers to the fact that Pete recorded it, solo acoustic, in a church and on a guitar that both date from that long ago year.

You can find out more about Pete -- who, when he heard my cover of his song, declined (out of the goodness of his heart) to throw a drink in my face -- at the link above; you can order 1896 and his other splendid CDs over there as well.

Coming tomorrow: Another track from LTBW -- this one written by a band member who is fully a day older than me and has never let me forget it.
Posted by steve simels at 7:36 AM

You need to put this stuff on the you tube. Getting plgin not supported message on the fone.

YouTube can live without me. This is strictly for friends.

This works as a Byrds - Stones hybrid!

The only change I would like to hear would be less processing on the vocal, and to put it more up front in the mix. The way it is now, it sounds like you're trying to hide a weak vocal, and it isn't weak at all.

I lack your confidence in my singing.

But thanks for the kind words.
:-)

I agree with Gummo on the vocals, and the guitar sits nice in the mix.

Well - Sounds like a teenage garage band track. That's a compliment. Slick vocals are not a part of the genre. Nice pop guitar work. We could hear more of this.