Pride of the Pacific Northwest garage rock pioneers The Sonics ... 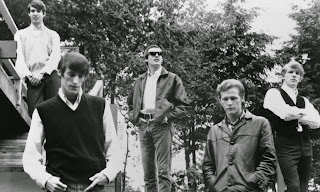 ...are set to release their first album of new material in almost 50 years. 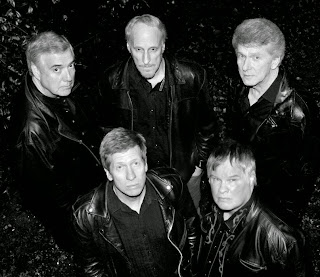 This Is the Sonics is due to be released in March and arrives eight years after the Washington state band reformed in 2007. It will be their first album of fresh material since 1967’s Introducing The Sonics, although the group did release Sinderella, an album of reinterpreted old songs, in 1980 during a previous reformation.

Along with the news, the band have also posted a new track, "Bad Betty," online. True to form, it’s a furious garage rocker backed with demonic horns and thundering drums. A different version of the track had previously appeared on a single with Mudhoney as part of Record Store Day in 2014.

And may I say again -- Hole. E. Shit. I just listened to the new track, and the phrase "furious garage rocker" doesn't really do it justice.

Let's just say that these guys, in their prime, came across as intensely demented and made their contemporaries, like Paul Revere and the Raiders and The Kingsmen, sound like The Budapest String Quartet. And that "Bad Betty" sounds just like they did in their prime. Truly amazing and inspirational.

I'll keep you posted about the album....
Posted by steve simels at 9:00 AM

Pretty god damn awesome! An inspiration to all of us middle-aged ex-members-of-a-band!

Smokes! Send me an MP3 so I can play it on the show.

The three key members of the band are all still there!!! In addition, the chubby bassist used to be in the Kingsmen. The drummer is Dusty Watson, who was in the Inland Empire's original Jon & the Nightriders (whose bass player Sandy and I dated simultaneously). Watson also did spells with Dick Dale and Agent Orange, among many others.

If you think this single is BAD, which it is, you really owe it to yourself to see the band live. That is their true element. Get some tix. They're cheap. Saw 'em at the Roxy last August and they blew the roof off. I've loved these guys since I was but a precocious lass and heard "The Witch" on KMEN. By mid 1965 I owned the album which had the thickest vinyl of any record I owned. Why they buried Strychnine late on Side Two makes no sense. Abandon at its finest.

Vickie Rock - Once you've tried it, you can't get enough

Vickie's right. I saw them in June 2009 at a free (!) outdoor show at Dundas Square in downtown Toronto and they still were intense. Actually got to meet Larry, Jerry and Rob (who's the most talkative of the three) after the show and got my picture taken with Jerry, a real WAYNE's WORLD we're-not-worthy moment. The Sonics rule!!

Dusty Watson was Jon & the Nightriders' 2nd drummer. The original guy behind the kit was Greg from the Bush. Didn't want what I wrote above to come off wrong, so here 'tis.

Wow. Just wow. That kicks ass and takes names. I love the back and forth between the sax and the keyboard.

Doesn't play for me either, disappointment...