Weekend Listomania's Greatest Hits: Special We Are All Of Us in the Gutter Edition

[I originally posted this one back in 2009, or as we here at Casa Simels refer to it, Year Two of the Justin Bieber Era. As is my wont, I have done some re-writing and added an entry, just to keep my hand in. And also, of course, so as not to be accused of one of the entry's myriad bad things. -- S.S.]

Most Memorable Post-Elvis Pop/Rock/Soul Record Referencing One of the Deadly Sins in Either Its Title or Lyrics!!!

Okay, just so you don't have to look them up -- said sins are Pride, Envy, Gluttony, Lust, Anger, Greed and Sloth.

I think I've probably mentioned this somewhere down the line, but one of my great regrets in life is that I never had seven kids so that I could name one after each of them. I think "Sloth Simels" really has a ring to it, don't you?

Gluttony, obviously. And NOT, I hasten to add a cover of that stupid Larry Groce novelty hit from the 70s. I think this is hilarious, BTW, but I basically think everything this band did was hilarious.

One of my favorite songs from what is, despite horrific production by that idiot Jon Landau, on balance the 5's best album. 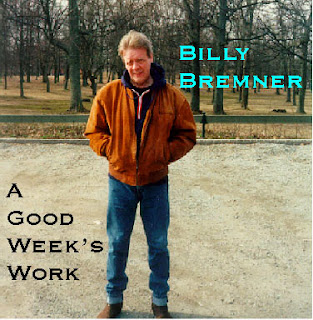 From the Rockpile guitarist's 1999 solo album, which deserves to be better known. Bremner, of course, deserves immortality for his playing on The Pretenders' "Back on the Chain Gang," but I did not know (until I looked him up today) that he began his career in the 60s as a member of Lulu's back-up band.

Anger + envy + lust = jealousy, which of course is what the song is about. The Bonzos version is the definitive one, of course, and included mostly for that priceless monologue in the middle. "If you have been deceiving me...well, it's a neat bit of jiggery-pokery."

Uh...yes, he was, actually. Pissed as hell, if truth be told.

And the numero uno ode to les septs classical no-nos quite obviously is...

For fairly obvious reasons, I think.

Home Is Where The Hatred Is - Ester Phillips

Drunk By Noon - The Handsome Family

Too Drunk To Fuck - The Dead Kennedys

my nominations, all great tunes:
Envy
Liz Phair - "Jealousy", off of WhipSmart.
Pride
The Ramones - "Swallow My Pride", off of Leave Home.
Sloth
Beatles - "I'm Only Sleeping", off of Revolver.
Lust
Go-Go's - "Lust to Love", off of Beauty and the Beat.
Greed
Randy Newman - "It's Money That I Love", off of Born Again.

how about - Gluttony
Talking Heads - "The Big Country", off of More Songs About Buildings and Food.

Buckcherry - Gluttony (I suppose it kinda covers anger and lust at the same time).

Buckcherry - Envy (I know, second choice by this band, but they got the 7DS down)

Considering you're tickled by the phrase "Jiggery pokery," you may enjoy:

C'mon, folks! How could "Mr. Bad Example" by our man Warren Z not be mentioned yet? He runs the entire gamut here, with the possible exception of envy (although I'm sure it's in there somewhere).