You know, I'm beginning to kind of frighten myself. 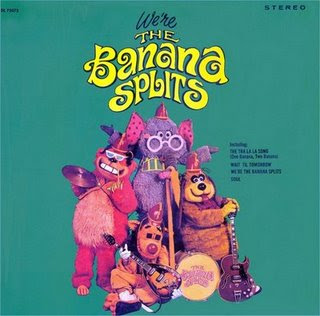 While from 1979, here's a nifty first generation punk cover by the incomparable Dickies. 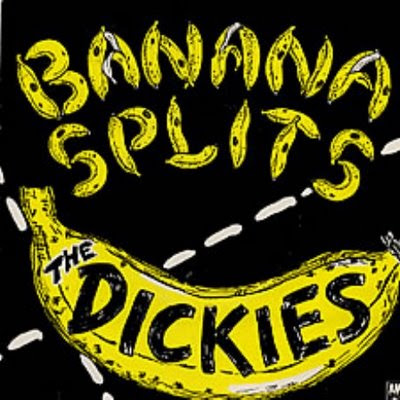 And finally, from 1995, here's perhaps the definitive version -- a fabulous alt-pop remake (from the Saturday Morning Cartoons Greatest Hits album) by Liz Phair and the late lamented Material Issue. 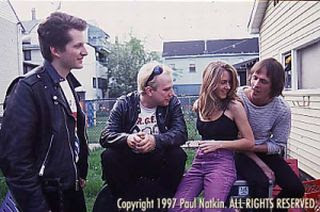 So, to recap -- I just posted three different versions of the deliberately silly theme song to a crappy kids show from the late 60s. Wow.

The funny thing is, I'm sure there are other worthy renditions out there, and I'd be happy to have them brought to my attention. On the other hand, I think I should probably give the whole subject a rest at this point.
Posted by steve simels at 12:02 AM

It sounds like Liz, but I can't be sure, I heard no F bombs.

Don't give it a rest until you post Matthew Sweet dong the Scooby Doo theme, with this he takes the Pop out of Jiffy Pop. And I like some of his songs. I mean c'mon, I always wanted to cover Secret Agent Man, but it wouldn't come out sounding like Johnny Rivers.

With cartoon covers there's really not much to work with. I guess everyone who does a "cover" they try to give it their best shot. Or do they.

I was in a band called the Weasels -- their story will be discussed here at some point -- in the early 70s, and we used to do a version of "Secret Agent" sung in the voice of Peter Lorre.

It was funniest damn thing I ever heard, actually....
:-)

WOW!! That does sound funny and creeeeepy at the same time.

The original is the definitive song. Sure Liz is way easier on the eyee, but nothing take away from the sugary sweet original.

You left out Bob Marley's version. He called it "Buffalo Soldiers."

Dave, I had to think before I understood and agreed with your point. You have good ears man.

An old buddy used to sing "Like A Rolling Stone" a la Peter Lorre. "How does it FEEEEL", indeed.

Go Home Productions did a fun remix of the Dickies version that adds some kickass and a few tricks... seek ye "GHP Goes Bananas"