It's a DFH Early Clue to the New Direction, People!!!

From 1967, please enjoy L.A. summer of love hoodlums Clear Light and the surprisingly pop-ish opening track from their eponymous (and only) album -- "Black Roses." 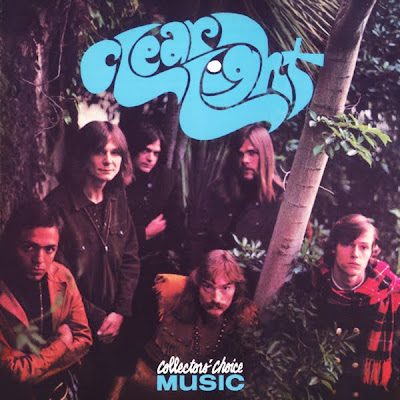 These guys were classic also-rans. Produced by Paul Rothschild (of Doors fame or infamy, depending how you look at it), they had a big radio hit with a hilariously over the top rendition of Tom Paxton's paranoid classic "Mr. Blue" and they appeared in the greatest 60s political and counter-cultural satire of them all, Theodore J. Flicker's The President's Analyst. Drummer Dallas Taylor (the band had two drummers) went on to CSN&Y, while lead singer Cliff DeYoung (not heard on this track, but he's the sensitive looking one on the bottom right corner of the album cover) became a very successful actor (the made for TV Sunshine movies, among others).

In any case, a coveted PowerPop No-Prize will be awarded to the first reader who gleans the song's relevance to the theme of tomorrow's Weekend Listomania.
Posted by steve simels at 1:42 PM

Songs about flowers, plants, leading a whore to culture, etc?

People who made music before they became actors and went on to become well known. Like Gary Busey from CARP fame or Sissy Spacek, John You Went To Far This Time, another smash, to name but a couple.

Songs recorded by bands whose LP photos make them look like Hobbits?

Was this the band that backed Barry McGuire in "Analyst"? If so, where's Snow White?

Songs with a color in the title.

Yeah -- the were the ones who backed Barry McGuire. I think it was filmed before DeYoung joined...

Trey's the closest, though...

By the way, did you know that Marcia "Mrs Kotter" Strassman made a flowerpower single?

I forget what it was called...

Bands with drummers whose first names are also cities?

Songs titles with the word "black"?

That was Cissy Spacek? I saw her on a local TV teen-dance show.