Compare and Contrast: Babylon is Burning

Remember the Great Folk Scare of the 60s? As a friend of mine once said, "that shit almost caught on."

Okay, I've used that joke before, but in any case, from 1965, please enjoy singer/actor Hamilton Camp's impassioned eschatological folkie classic "Pride of Man." 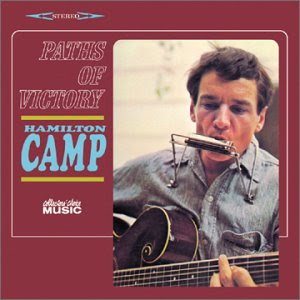 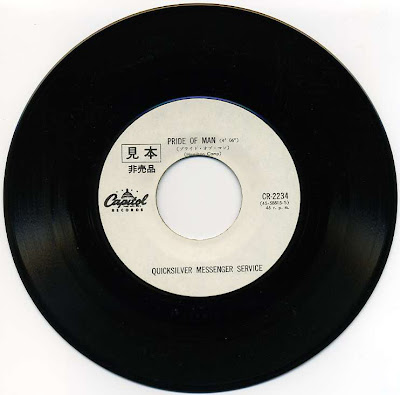 Snark aside, I think this is a pretty cool song, and the lines about worshipping a god of gold and the towers falling into flame obviously have more resonance in a post-9/11 world than its composer probably anticipated. Camp was an interesting guy, actually; you may remember him as the vertically challenged person who goes on a disastrous blind date with Mary Richards, with lots of inappropriate short people jokes, in a classic episode of The Mary Tyler Moore Show.

The Quicksilver remake has been a particular favorite of mine for years, especially the absoutely perfect not-a-wasted-note solo delivered by genius guitarist John Cippolina (that crying whammy-bar sound gets me every time). Quicksilver, at least in this early incarnation, has always struck as a criminally underrated band; Television were often described as the Grateful Dead of punk, but in fact I hear a lot more of Quicksilver's chiming two-guitar attack in the 70s work of Tom Verlaine and Richard Lloyd.
Posted by steve simels at 12:00 AM

Good one Steve! Never new it was released as a single. The Television comparison is right on.

Remember the Great Folk Scare of the 60s? As a friend of mine once said, "that shit almost caught on."

You're friends with Martin Mull?

Is that a Mull line? I heard it from a folkie friend in the 80s. Guy named Erik Frandsen, who was a Village fixture in those days...

But it's a great line to steal.

And thanks for the Ham Camp. Knew he wrote Pride of Man, but never heard him sing it.

"I wonder if any of you out there remember the folk scare of the sixties? That was a close one. That garbage almost caught on."

I forgot how good that Quicksilver version was. Thanks!

And I hear Television, too.

I needs me some Quicksilver. This settles it. And those horns! Wild vibrato along with the whammy. Good stuff.
Trey

The Television - GD comparison never made sense to me, but QMS is exactly right. Tony Rice does a nice version on his Church Street Blues album, but the furthest thing from power pop.