Compare and Contrast: The Genius of Skip Spence (Part II) 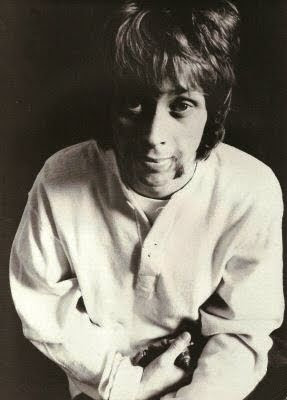 If anybody in pop music in the last 50 years had the mark of the poet on him, it was Skippy.

Broken heart would satisfy
Broken in a mess
A severed eye would gratify
My soul, I must confess

He wrote that during a six month stay in Bellevue. Shot full of thorazine, I might add. (Jeebus -- I could go my entire life without ever coming up with a line as good as that honey dripping hipster deal.)

In any case, from 1999, here's the equally great and blessedly not at all tragic Robyn Hitchcock, with his rather more intense back porch solo cover version (from the More Oar tribute album). 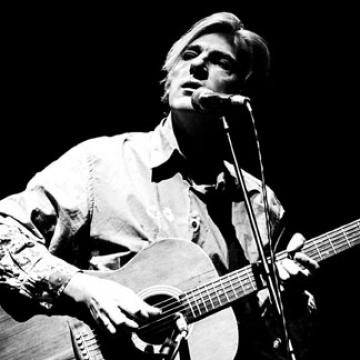 I'm not sure which version I prefer, but I do know that the first time I heard Hitchcock's I felt like I'd been poleaxed. He totally gets the song's deadpan surrealist japery, obviously, but also quite a bit more.
Posted by steve simels at 12:00 AM

Note to self: Bizarre obsession with dead hippie wacko less interesting to readers than expected.
:-)

I agree with two things:

Not to be too big a brown nose or anything, but "deadpan surrealist japery" works as well as "honey dripping hipster" for me.

And I think I can hear the thorazine in the tempo.

Hey -- even I'm beginning to worry about the whole Skip Spence thing.
:-)

Hell, they keep talking about Jesus, and as far as I know he's the only other person reputed to be in the morgue with a "tag on his toe" who got up and walked out.
And Jesus never, to my knowledge, left Bellevue in pajamas on a motorcycle to drive down to Nashville to record an album.
Forgive them Skip. They know not what they do.

That's why I love Robyn. He is all about deadpan surrealist japery.