In the Immortal Words of James Brown -- "Give the Drummer Some."

I’ve always been a drums guy. Its the one instrument in a traditional combo that I can’t make some semi-respectable sound on, but its always the first thing I hear on a record. If I like the playing, I make note of the player and seek out their other work. I’ve also had a lot of drummer friends - they’re often the funniest people in a band.

My friend Steve [Riskin] used to work for Paiste, the cymbal company. One day in the late 90s he let slip that he’d been to Jim Keltner’s house. For those who don’t know, Keltner is arguably the greatest session drummer of all time. My friend Donald calls him the human drum machine for his impeccable time. He’s played with a Who's Who, beginning with George Harrison, John Lennon, Tom Petty, and Bob Dylan. 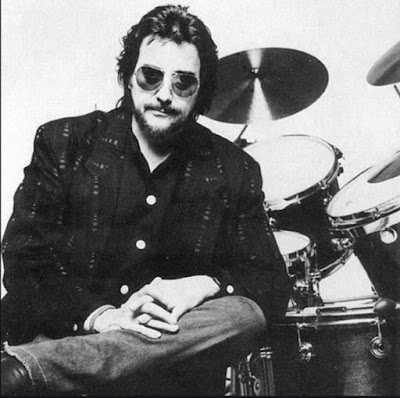 I’ve met lots of famous people so I’m rarely bothered to go out of my way to try and meet them. But there are exceptions, and this was Jim Keltner -- I'm a huge fan. I told Steve if ever the opportunity presented itself ...

A couple months later Steve called, and in his typically generous way said, I’m delivering a cymbal to Keltner’s house, you want to come along?

The house was in the Hollywood Hills as I remember, on a corner. After Steve knocked, the door opened a tad, and three faces filled the crack -- Keltner, his wife, and their adult son.

The Keltners are from Arkansas, and the warm hospitality was the kind I hadn’t felt since moving from Louisiana. We talked about the Bayou State, he asked me questions, getting to know “Steve’s friend”.

But finally I couldn’t contain myself and I told Jim I’d asked Steve to introduce me to him because he is my second favorite drummer. The broad smile he’d worn since we arrived suddenly dropped, he tilted his head, eyes piercing and said, “Second? Who’s first?”

My head tucked into my shoulders, embarrassed, and I said, “I’m sorry, it’s Ringo”. 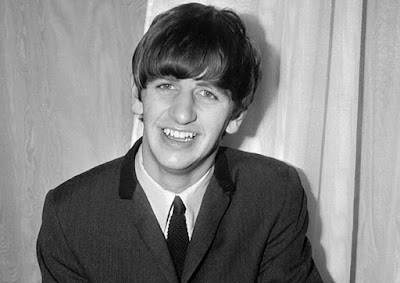 In a moment Keltners head tilted back, the smile came back bigger then before, and he said enthusiastically, “Mine too”.

I hope to get to tell that story to Ringo one day.

Except to say that said story comes from friend of PowerPop Bodie Plecas.

The auteur of the great California band Picnic Tool, who attentive readers will remember as the people responsible for the greatest rock video in history.

I had no idea Keltner was from my home state.