From 2020 B.V. (before the end of the virus) please enjoy (the pride of Bergen, Norway) The Thank Yous and their brand new single (and an instant classic) "These Things Happen." 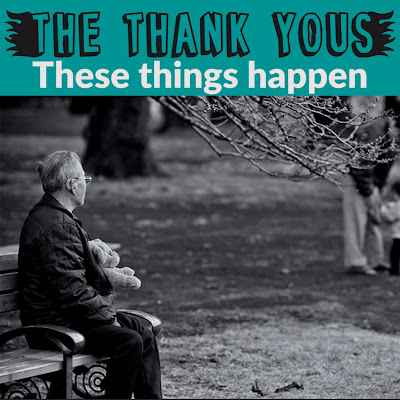 From their album Good Times Killing Us... 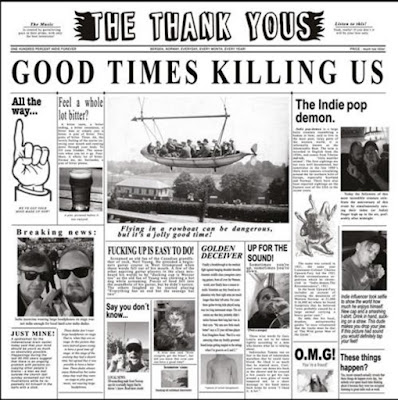 ...which will be released April 30th, on Apollon Records, where it belongs.

And may I just say that when that chorus on the single kicks in for the first time, the effect is almost psychedelic -- as if the song suddenly switched from black-and-white to Technicolor.

POSTSCRIPT: Attentive readers may recall that a certain Shady Dame and I actually visited Bergen in 2019, and had a fabulous time. Including discovering Apollon Music, the oldest and coolest record store/pub in Norway. 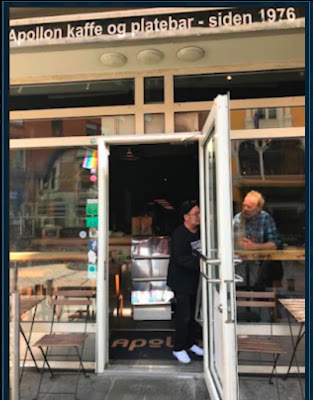 That's me with friend of PowerPop Einar Englestad, who -- when he's not working behind the counter at the store -- is a big shot music journalist in Bergen, doing concert reviews etc. at one of the local newspapers. A great guy, who was incredibly gracious to the loudmouth American poseur who wandered into his place of business last August.

And that instrumental break at 02:26 ain't too shabby either.

If you are up for more tasty Norwegian pop, check out Thomas Dybdahl's newish album, Fever. https://www.thomasdybdahl.no/

So nice!!!! Greetings from Argentina 💙🇦🇷