Well, it's Friday and you know what that means. Yes, my Oriental slattern du jour food taster Fah Lo Suee and I will be heading off to Wichita, Kansas, for a weekend at the recently opened Barbie Museum. Our host will be irrepressible rightwing pundit Pat Buchanan; I'm not sure why he's interested in girls dolls made by Mattel, but apparently the museum is mostly in honor of one in particular. The Klaus Barbie, which I think is an unusual name, but what do I know?

In any case, posting by moi will necessarily be sporadic for a few days.

But in my absence, here's a fun project for you all to contemplate:

Best or Worst Post-Elvis Song or Record With a One Word Title!!!

Self-explanatory, I think, so no arbitrary rules this time, you're welcome very much.

Okay, here's my totally top of my head Top Seven:

C'mon -- according to George Martin, they learned the title of the movie was going to be Help! on Monday, they wrote the song on Tuesday, and they had figured out the entire arrangement and recorded it by the end of Wednesday. It doesn't get any more brilliant.

The Aftermath song the Stones had previously given to Chris Farlowe, who had the hit. One of the best of the early Jagger-Richards collaborations, I think, and the riffage between the acoustic guitar and the fuzz electric is inspired and haunting. This is a cover by some unknown bozos or other, but it's a damn good sound-alike anyway. An honorable mention to the James Brown song of the same title, which is also pretty neat.

No, this time I'm not being snarky. I really like this one, which is the Pumpkins waxing anthemically White Album-ish, and quite convincingly too, I think.

The original of this is Lindsay Buckingham at his most wacky and wonderful, but I still think this MST3K sort-of version is the best one evah. 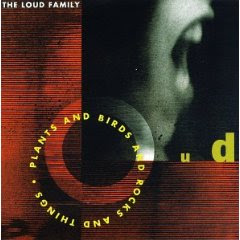 My favorite song from perhaps my favorite album of the 90s, and only one of the reasons PABARAT was the only genuinely psychedelic experience legally available in the decade. And if you've ever heard the EP they did right after, you know these bastards could nail the damn thing live. 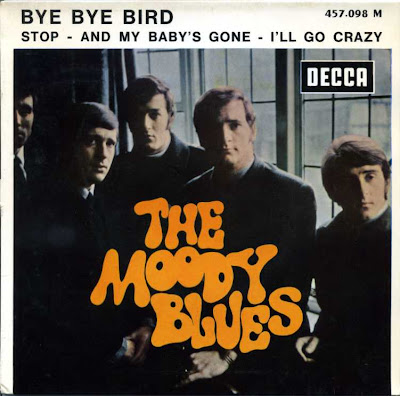 The follow-up to "Go Now," and in some ways even more sad and beautiful; Denny Laine really is one of the most underrated figures of the British Invasion. Incidentally, if the download thingies on the divShare links to this and the Loud Family don't work, just e-mail me and I'll shoot you the mp3s.

And the all-time coolest one word song, it's so obvious why are we even discussing this, is -- 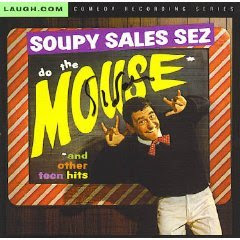 I won't say c'est si bon
Or l'amour toujours
For they can't express what I'm feeling
Even mairzydoats or
Other foreign quotes
Don't seem to be quite so appealing
But pachalafaka! pachalafaka!
Takes me back with you to passionate desert scenes
And it's there we'll stay
Till the very day
We find out what pachalafaka means!

The B-side of Soupy's great "The Mouse" single; alas, I could find no video clip or mp3 link, but sing along with this admittedly inferior cover from The Muppet Show, won't you?

Awrighty then -- what would your choices be?

[Shamless Blogwhore: My parallel Cinema Listomania -- theme: crappiest film ever by a theoretically important director -- is now up over at Box Office. As always, I would take it as a personal favor if you could see your way to going over there and leaving a comment.]
Posted by steve simels at 12:02 AM

I would add "Everlong" by the Foo Fighters to the "Best" list.

Most of "Fear of Music" by Talking Heads fits this category:

Lots of songs with girl's names ... for example:

Here are ten totally random, and I believe, worthy choices:

Bruce Springsteen--Backstreets ("Rosalita" include the parenthetical title (Come Out Tonight), otherwise I would have taken that one)

I wholeheartedly second Isis for best of the best & now offer Clampdown – ha! Git along, git along.

Clampdown is a good one. I'd have gone for Hateful.

Didn't the Who have a thing called "Dogs"?

Too much to choose from! But here are some:

Too many to choose from - and many good ones already (Steve for Help! & especially that YouTube of Tusk, Brooklyn Girl for Alison & Michelle, and Clampdown and Hateful are difficult to choose between...)

Pete Townshend - Misunderstood
("I wanna be feared in my neighborhood...")


and the names section:

Randy Newman - many to choose from, I'll take Marie


and the one you probably thought you wouldn't see here:

M - Popmuzik
loved this when it came out, and I still find it pretty great, if cheesy

It suffers from a bad case of overexposure, but Leonard Cohen's "Hallelujah" is still a great song. As is the Rutles' "Ouch!"

I am depressed. For obvious reasons...

I gotta go see if the Fugs "Nothing" is on YouTube.

When I lived in SF I used to run into this guy, Eric McFadden, every once in a while - he is a tremendous musician and had a bunch of great bands. He also plays with Funkadelic from time to time. He's on their new record playing mandolin. Seriously.

I did a gig with him once, as part of a large band that played for a ballroom full of transvestities. But that's a whole 'nother story.

This is a killer cover of Britney Spear's "Womanizer". Not to be missed.

Thanks for "Pachalafaka"; hadn't thought of it in years. As kids, we used to crack ourselves up playing the single at 16 RPM.

So many choices I need only go with tracks from three LPs I've just listened to:

This is a killer cover of Britney Spear's "Womanizer". Not to be missed.

But is it as good as this cover of "Oops I Did It Again"?
http://www.youtube.com/watch?v=vz36-6eVedc

Beck - Loser
Astonishingly over-rated, but this is still a great single.

Elastica - Connection
One of my favorite singles of the '90s.

Fairport Convention - Fotheringay and Sloth
Two sides of the great lost band of the '60s.

Aretha Franklin - Respect
Can't believe no one's chosen this yet.

The Kinks - Misfits and Alcohol
Another band with different sides.

James McMurtry - Levelland
A great song made even better by a brilliant Don Dixon production.

Midnight Oil - Sometimes
A live band on a par with Bruce or The Clash. Other countries get cool musicians who go into politics, like Peter Garrett or Amelia Fletcher. Me, I'm stuck with a congressman who wrote and performed some of the worst songs of the '70s.

Van Morrison - Domino
He might be a grumpy old bastard, but he made some great records once upon a time.

New Order - Temptation
They keep re-recording this one, but this original version is the best. The contrast between the shaky vocal and the shiny music makes the song.

Old 97's - Question
An amazingly sweet song, although in this video they turn up the juice a little too high.

Yuji Oniki - Transport
One of those wistful pop songs that just grabbed me.

Kevin Salem - Will
Steve was right - this album is amazing.

Edwin Starr - War
What is it good for?

They Might Be Giants - Twisting
I'd want my Young Fresh Fellows tape back.

Richard Thompson - Persuasion
One of his most gorgeous melodies.

The Trashcan Sinatras - Hayfever and Weightlifting
This band is a personal favorite of mine. They have a new album coming shortly.

Gillian Welch - Revelator
Normally, this isn't my type of thing, but somehow this just gets to me.

Maurice Williams & The Zodiacs - Stay
Kind of weird-sounding when you really listen to it. These guys played my high school prom.

Neil Young - Powderfinger
From one of the greatest albums ever.

Warren Zevon - Genius
He'd been on an upswing before he got sick - another one gone too soon.

Maurice Williams and the Zodiacs played your high school prom?

Good lord, man, you must be older than me? How is that fricking possible?
:-)

But is it as good as this cover of "Oops I Did It Again"?

Well, it lacks a guy in a bunny suit, but other than that, I'd call it a tie.

Can't believe no one has yet mentioned

And the mention of Apollo 100's 'Joy' brought another old instrumental hit to mind:

I can't believe nobody's thanked me yet for the Loud Family.
:-)

I just listened to the Loud Family and I had no idea. I'm going to get that album for daughter.

And another I can't believe hasn't been mentioned yet: Little Feat's "Willin'"

Well, since it's my job to provide the Shoes content, I will mention Shining, Turnaround, Tragedy, Fatal, Okay, Karen, Curiosity, Mayday, Untangled, and Bittersweet (in no particular order, obviously, though Fatal and Untangled may be the top of the line here).

And since we were giving Bill Lloyd his props the other day, I'd just like to note yet again his "Trampoline," the greatest song about living with a manic depressive ever.

I think "Stay" wins. Not only is it one word, and a tiny word at that, but it's the shortest song ever to be #1.

And Steve, Walter Brennan is also older than you. Of course, he's dead, but still...

Maurice Willams & The Zodiacs (in some form or another) were gigging well into this century; they were one of the premier bands in the beach music scene in the Carolinas. Carolina beach music is a kind of mid-tempo swaying soul sound like this; the dance of choice is a relaxed lindy/jitterbug-style called the shag (no Austin Powers jokes, please).

FWIW, Maurice & Co. played the junior/senior when I was a high-school junior in 1975.

The Wedding Present's Carolyn is a great song -- in fact that whole album (Seamonsters) is one-word titles, as a retort to those in the music press who had made fun of their sentence length titles:

me late once again. sure hope someone is reading these late ones. countdown style, a la our peerless leader-