The Song That Got Away (An Occasional Series) 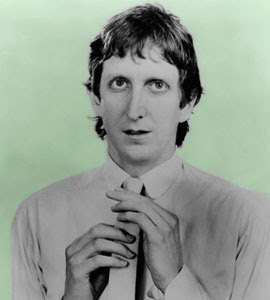 You know what to do -- just click on the play button and marvel.

T-Bone has claimed this was an attempt at a sort of Tommy James thing; myself, I hear more of a Tex-Mex Lou Reed, but in any event it's a genius version ("Let's rock!" in this context may be the most hilariously brilliant exhortation in the history of the music). As a scholarly note, I should mention that the vinyl version of this disappeared almost as fast as it was released; I had it on a cassette that eventually fell apart in the early 90s. "Diamonds" itself didn't show up on CD until 2000 and the soundtrack album to Who Wants to Be a Millionaire (with extraneous overdubbed applause) and it made its first official unsullied appearance on Sony's excellent two-disc T-Bone best-of Twenty Twenty in 2006.

Actually, I just found a link where you can download the entire original EP, which includes the even more amazing "A Ridiculous Man."

The only thing I don't like about T-Bone being a big time producer is that I'd rather be hearing great new T-Bone music. He's an underappreciated genius.

What Jim said. But he is a great producer.

Glad to see you giving T-Bone some recognition on your blog. But "Trap Door" was available on CD sometime in the late '80s, because that's when I bought it. At least it was available in Texas...

BTW, if you ever get a chance to catch T-Bone live, take the opportunity - his show in San Diego in 2006 was marvelous.

I stand corrected about Trap Door on CD....

His first solo elpee was great - "Driving Wheel" is an absolute classic - and when the FUCK is the Alpha Band catalog gonna be re-released?

Lou Reed for sure.

It reminds me of Webb Wilder as well as Lou Reed

I have this somewhere in my collection, I just wonder where.

I played this track at my uncle's wedding reception, which I was DJ'ing with my brother.