Well, it's Friday and you know what that means. Yes, my Oriental fille de joie handmaid's tail Fah Lo Suee and I are off to scenic Palau, where we'll be checking out the hotel accomodations for the Gitmo detainees about to be released into the lap of luxury by our communist negro president. Here's hoping the cable TV comes with Showtime -- that new Edie Falco series about the junkie nurse is a pip!

In any case, posting by moi will be necessarily sporadic for a while.

But in my absence, here's a fun project for you all to contemplate:

Best or Worst Post-Beatles Song or Record Referencing Illumination of Some Kind (Either Literal or Metaphorical) in the Title!!!

No arbitrary rules this time, you're welcome very much. Basically, it can either be a song or record about an inner, spiritual kind of thing, or an actual, possibly heat-producing, light source.

And my strictly off the top of my head Top Seven is:

My favorite Hendrix riff bar none. Honorable mention: The Byrds' "Oil in My Lamp." 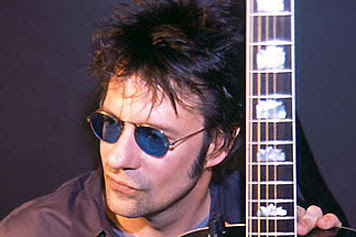 The Jonathan Edwards hippie anthem, from the Friends soundtrack. Frankly, I had never considered the song anything but borderline counter-cultural camp, but damned if Westerberg didn't locate the kick ass guitar protest song lurking within. 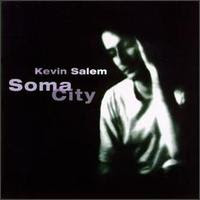 The closest thing to vintage Television ever heard by sentient mammalian ears in the 90s. Incidentally, if the download thingies for this or the Westerberg don't work, just e-mail me for the mp3s.

As awful a commercial sellout in its way as, oh say, Starship's "We Built This City," I am convinced that this piece of crap actually killed the Bangles career. Incidentally, according to Wiki, co-writer Billy Steinberg described it as "The Beatles meet The Byrds," which only goes to show that Billy Steinberg is a very large idiot. Honorable mention: Cheap Trick's "The Flame," a suspiciously similar piece of crap which did similar damage to their street cred.

3. The Smashing Pumpkins -- By Starlight

Billy Corgan's pretentious cueball noggin rears its ugly, er, head, yet again. From the Mellon Collie album, of course, and in case I haven't mentioned it before, that's the goddamn stupidest title since The Moody Blues Cure Cancer.

From Something/Anything, of which, as Cameron Crowe famously said of a certain Beatles album from 1968 -- you still can't buy a better record.

And the number one tune inspired by the Illuminati, please it's not even an issue, obviously fricking is --

Two of the guys from Garbage in 1989 (not '86, despite the clip) with as soaringly anthemic a piece of Rickenbacker folk rock grandeur as was heard that year.

[Shameless Blogwhore: My parallel Cinema Listomania -- theme: best or worst black comedy -- is now up over at Box Office. As always, if you could see your way to going over there and dropping a comment, as the kids say, I'd be profoundly grateful, if not demonstrably so.]
Posted by steve simels at 12:03 AM

Shoot Out The Lights - R&L

I Want To Be An Anglepoise Lamp - The Soft Boys

Turn On Your Heartlight - Neil Diamond (no video provided. I like you guys too much to do that.)

Another category with many wonderful choices. But the clear favorite for me is:
Richard and Linda Thompson - I Want to See the Bright Lights Tonight. Just sublime!

Let me salute Mike, who posted it first!

The Kinks - Waterloo Sunset. Mentioned in many previous Listomanias...

The Smiths - There is a Light that Never Goes Out

Neko Case - I Wish I Was the Moon. From Blacklisted

Big Star - Watch the Sunrise, from #1 Record, not on YouTube

Len - Steal My Sunshine. Well, I like the tune, but the video almost made me leave this one off the list...

and the obvious and glorious
Television - Marquee Moon

By the way, the DivShare is not working for me this week - not even the playbar thingy that usually shows up in the blog. Just looks like a blank bar to me. Is this just my browser, or is anyone else having the same trouble?

Psst...Steve - the Fire Town record was released in 1986, first on the local label Boat, then later on Atlantic.

(And you of course know the Shoes connection)

Corona by The Minutemen

Son of the Sun by Kashtin

Feed the Fire (live version by The BoDeans

Burning Down the House (live version) by Talking Heads

A hearty hell-yeah on the Richard Thompson and Kiko

Never cared for Manfred Mann's Blinded by the Light ... a little too mannered for my tastes

What, no love for Katrina and the Waves, Walking on Sunshine?

It's seems to be affecting older posts as well.

I'm gonna go look at some other sites that use it.

I have no idea wassup with the divShare -- it's fucking retroactively with all my earlier uses of it. Seems fine at other people's sites, however.

And it was fine in preview when I wrote the piece on Wednesday.

Anybody have an idea? Did I break a link somehow without realizing it?

Oh, and according to Wiki, the first Fire Town album came out in '87.

Which you'd think I'd remember, since as Wiki also points out, somebody raved about it in Stereo Review.
http://en.wikipedia.org/wiki/Fire_Town
:-)

Here Comes the Sun -- the Beatles

I See the Light -- Hot Tuna

Blinded by the Light - Manfred Mann

Candle in the Wind - Elton John

The Sun Is A Very Magic Fellow - Donovan (just so I can say "pffffffttt" to steve!)

OK, that Firetown rocks, and it sounds like your recent visitor Peter Holsapple to me.

And that is a damn good thing.

The Who - Glow Girl

Do the Beatles count as post-Beatles? If so,

Off the top of my sleepy head that haven't been mentioned yet:

Springstein - Fire, Dancing in the Dark

Didn't really like the song but it fits the category. Pat Benatar - Fire and Ice

And I don't know if this counts as pop but I love Bright Lights, Big City - covered by many. Take your pick.

Long As I Can See the Light - Creedence

Sunshine of Your Love - Cream

So true about the bangles and Cheap Trick...I think the 80s was a dark and desperate time for some bands trying to keep it going...

The Bangles collapse started with Walk Like an Egyptian. As if the song wasn't crap to begin with, you can actually see the moment the band implodes in the video. When Susanna Hoffs looks to the left after the last line of the song -- that was it. Suddenly, the band might as well have been Susanna Hoffs and the Bangles. It took them 10+ years to get past that.

The Bangles' fate was largely sealed the moment they started working with David Kahne. While he let them be themselves for their first LP (a minor classic), he started working on their confidence during the sessions for their second, telling them they couldn't play or write well enough, bringing in session players and outside writers, and playing the various band members against each other.

A band that sorta fits the category: Crack the Sky.

The video for the latter cut doesn't do justice to the original studio version.

I highly recommend the "Safety in Numbers" and "White Music" albums.
But don't let that stop you.

Okay, I figured out how I screwed up divShare.

Links going back up, selectively and slowly.

No love for the 5 Americans' "I See the Light"?

James Carr's immortal "The Dark End of the Street"

Death Cab for Cutie- "No Sunlight"
Ballboy- "Above the clouds the sun is always shining"
Cats on Fire "Garden Lights"
The Lucksmiths- "Good Light" & "Who turned on the lights?"
matt pond PA "First Light"
Wild Carnation- "The Lights are on (but no one's home)"
Glenn Mercer- "Morning Lights"

Oh, and of course my beloved Shoes: "Shining" off the much-maligned Silhouette.