From 1995, and the wildly uneven alt-rock/indie parody/tribute to all those K-Tel late night TV albums, please enjoy power pop heroes The Sneetches with some band that seems to loom large around here Shoes and a perfectly splendid cover of The Raspberries genre classic "I Wanna Be With You." 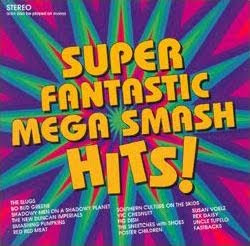 And from 1996, and what's generally conceded to be a disappointingly uneven tribute album, here's Alex Ballard and Sugarfoot and a radically different interpretation of the very same song. 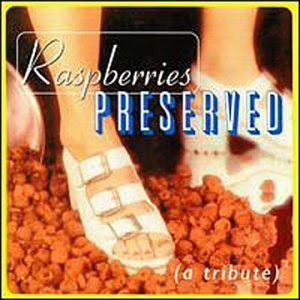 Some old bandmates of mine, doing business as The Rock Club, have one of the better tracks on Raspberries Preserved (a Badfinger-ish version of "Rose Colored Glasses"), but it is, as I said, a largely disappointing record, and I remember thinking that the Ballard version of "I Wanna..." was a major misfire back in the day. A rockabilly remodel of one of the most perfect power pop songs ever written? Sacrilege!

Listening to it again today, however, it strikes me as kind of charming; in any case, the song itself is clearly indestructible.
Posted by steve simels at 8:35 AM

The arrangement is a fine idea, but the singers can't handle it

It really was just a dream said...

The genre is a little retro but the lyrics make it relevant.

Bland including the Razz's original.

Bland including the Razz's original.

If it were 1972, and you were listening to AM radio without a shred of hope that music would ever get better, and you heard the first golden notes of this song suddenly come chiming out of the speakers, your heart would have leapt right out of your chest. Mine did.

Sugarfoot and Alex Ballard bummed around Milwaukee for a few years. I knew the bass player, saw them quite a few times.

They also do a pretty good cover of the Pretenders' "Talk Of The Town" on the album "Gag Me with A Spoon", all 80s covers by Milwaukee bands. The Mrs. Fun cover of "she blinded me with science" is particularly interesting.

The Flashcubes did a quite respectable version of "Don't Want to Say Goodbye" on that tribute album. And yes, it is rather uneven, to be kind. The album, that is.

How many people own the Rock Club CD? I'm sure it's not many. But, I sure do. They never topped "Time Will Tell on You," which is a terrific little pop gem. Of course, that's just one man's opinion.

Blue Ash Fan:
Time will Tell on You is an incredible song. But Bruce from Not Lame warned me off their album. So is it any good?

No. Bruce was right. It's kind of underwhelming and a bit too twee for my tastes. I was hoping for an album of Time Will Tell on You's, but no such luck.

Fortunately, I paid something like $4 for it in a used book store.

We did a straight up pop version of it and... well....it just seemed kind of pointless,
we did the rockabilly thing just kind of goofing around and well...there you have it!
Ab